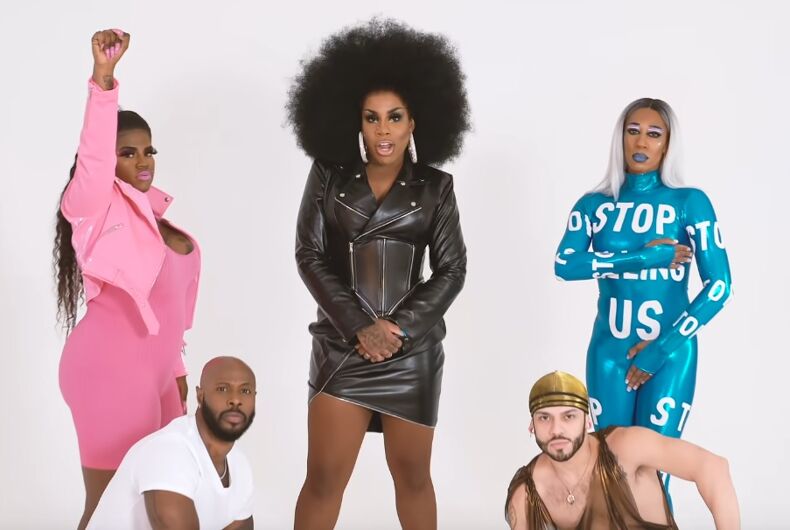 “March” decries police killings, transphobia, and racism while telling listeners to “March, feel the pride in your heart.”

Related: Drag queens held a “kiss-in” at a mall that booted a gay couple for smooching

The music video features trans and queer artists who mix visual cues associated with both Black Lives Matter and Pride – like rainbows, trans flag colors, raised fists, and signs with slogans – to inspire viewers to action.

“This year we are experiencing this beautiful intersection of Black Lives Matter and Pride and I genuinely think it’s changing the world,” Monét told The WOW Report. “All we gotta do is keep the energy and march! Watch and let your voice be heard!”

“My portion of sales are going directly to services that benefit our family who identify with the new colors of our flag,” she added.

Other artists appearing the in the video include Mila Jam, Delicious Gucci, Legendary Monster Mon_Teese, Jordan Reeves, and Marquise Vilsón.