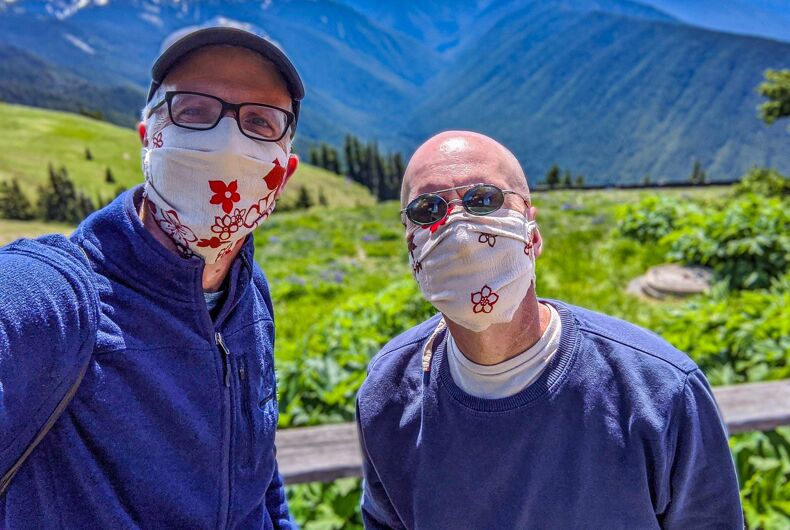 Are Americans more stupid than the rest of the world?

A recent headline in the Washington Post reported, “Making men feel manly in masks is, unfortunately, a public-health challenge of our time.” Wearing face masks is proven to dramatically reduce infection rates and the resulting fatalities from COVID-19. But a public health challenge in America is… getting men to wear the damn masks? Seriously?

And it’s not just men. We’ve spent the last three months listening to Donald Trump repeatedly downplay the seriousness of COVID-19, mocking his political rival for wearing a mask, and spreading blatantly false information about the virus. As a result, tens of thousands of Americans have died completely unnecessarily.

And about 40 percent of America, mostly men but also many women, still support this president and may even vote for him in the upcoming election. Many of these same people repeat silly conspiracy theories, like that the virus was created by Bill Gates to turn us all into socialists.

What gives? When did so many Americans become such a bunch of blithering idiots?

America’s response to the pandemic is especially damning when compared to most of the rest of the world, whose leaders listened to the experts and took the crisis seriously, and whose citizens acted according to that leadership.

Lockdowns in the rest of the world were far more stringent than in the U.S., but the complaints were far fewer. In Italy and Spain, people stood on their balconies and sang songs of praise for their brave health care workers.

In America, our ersatz president chose not to nationalize the response to the virus, while also encouraging various conspiracy theories. He recently admitted to slowing down testing because he thought the “numbers” made him look bad.

And many governors and mayors rushed to reopen their states and cities prematurely, so COVID-19 infection rates quickly returned to record highs, exactly like the experts predicted. More unnecessary deaths will surely follow. More lockdowns will now be required.

We’ve added trillions of dollars to the national debt in an effort to combat the economic fallout of the virus, but unlike the rest of the world, we now have almost nothing to show for it.

Only countries like Brazil and Mexico have handled things as badly as America. But they aren’t the world’s only superpower. They don’t call themselves “the greatest country in the world.”

This is a serious question: What the hell is going on? When exactly did America become so colossally stupid?

The two of us decided to leave America shortly after Trump’s election, and we’ve been traveling the world ever since. For the last three years, we’ve watched America from afar. Living in twelve different countries, we’ve also seen firsthand how other countries organize themselves.

The comparison hasn’t been pretty. From public transportation to police brutality, to healthcare, to political gridlock, to our news media, America has increasingly seemed to us like a failed state.

It’s easy to look at all this and blame conservatives and the Republican Party. And honestly, they are almost entirely to blame. They’ve completely collapsed into nativism, paranoia, anti-intellectualism, conspiracy-mongering, and, of course, rank racism.

But honestly? We’re also annoyed by the bottomless cynicism that affects too many liberal Americans — the sense that it’s all hopeless and there’s nothing any of us can do about any of it.

These folks like to complain, but they can’t be bothered to vote. Or do anything else about our problems either, for that matter.

On the one hand, we get it. The problems of America seem insurmountable. And cynicism is cheap and easy, which is why it will always be so popular.

In the end, we think America’s problem isn’t really one of intelligence anyway. We think it’s more one of character.

By character, we mean the willingness to sacrifice for the common good, to think of others before ourselves, and to endure truly difficult times.

A lot of Americans don’t have such character anymore. This is why when confronted with the challenge of COVID-19, so many collapsed into a heap of whiny infants complaining that having to wear a mask was equivalent to living in a totalitarian state.

The fact of the matter is that America — at least middle-class white America — hasn’t had to truly suffer or sacrifice in a very long time.

In the last year, we’ve visited Vietnam, Greece, Bulgaria, Georgia, and Armenia — countries that all know a great deal more about suffering than most Americans.

It makes a difference in how they see the world and how they treat each other.

The brutal truth is that a lot of Americans have grown selfish, lazy, and entitled. We want everything now, and we don’t want to pay the real cost of things. And we don’t seem to give a damn about people who don’t look and act exactly like us.

So maybe it’s not so surprising that America has become ground zero for xenophobia and silly conspiracy theories.

But maybe things are starting to change.

The Black Lives Matter protesters are the opposite of cynical. They have an enduring faith that they can change the world.

And as a result, they are changing it. Their relentless non-cynicism has rapidly permeated the younger generation, from top to bottom — and now the older generation is finally starting to listen too. They’re admitting that some things really do need to change — that they never should have been that way in the first place.

Let’s face it. When the history books are written, Colin Kaepernick will be considered the epitome of character in America at this period in time. He risked everything for his beliefs.

So are the doctors, nurses, and medical staff who have spent the last three months risking their lives for the rest of us. That’s character too.

It’s the same for the grocery store workers who go to work despite knowing so many Americans refuse to wear masks. Then there are the people who pick our fruit, work in meatpacking factories, and clean our hotel rooms.

And what about the people who still support this brainless, amoral disaster of a president?

We’d like to think there are fewer and fewer of them with each new day.

So maybe there’s hope for America yet. It sucks that it took this disaster to remind us what’s important, but hey, better late than never.

Brent Hartinger is the author of the gay teen classic Geography Club and many other novels, and Michael Jensen is the former editor of AfterElton.com. Visit them at BrentAndMichaelAreGoingPlaces.com, or on Instagram, Facebook, or Twitter.

Iconic “Serial Mom” house up for sale in Baltimore for only $630k.