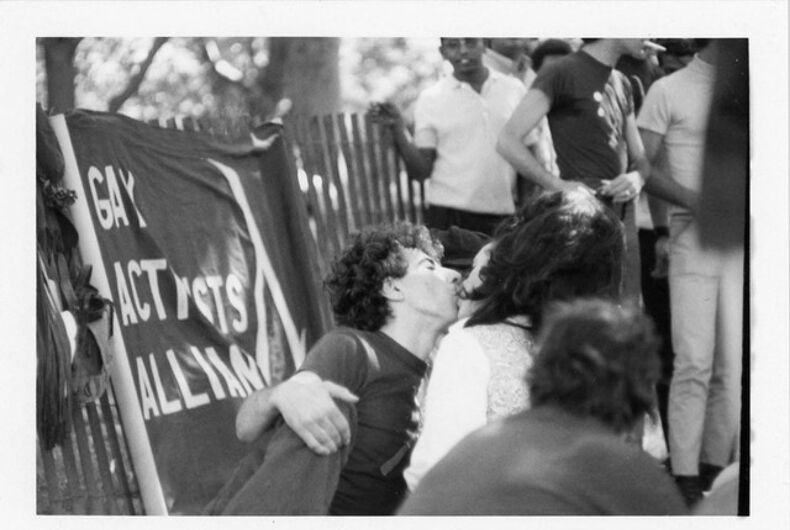 Related: Drag queens held a “kiss-in” at a mall that booted a gay couple for smooching

“This was taken during Christopher Street Liberation Day, the first LGBTQ Pride march in U.S. history, on  June 28, 1970. As the first march ended in Central Park on that afternoon, the Gay Activists Alliance (GAA) had several events going on in the Sheep Meadow as part of a ‘Gay In.’

“There was a kissing contest going on – there were three couples that took part in the contest and if my memory serves me well, we arrived in the park at about 5 am. The existing world record for the longest continuous kiss was just under 8 hours, so we timed it so that we would break the record as the Marchers were entering/reaching the Park – and we did – but the Guinness Book of World Records refused to recognize it because it involved ‘same-sex’ couples kissing.

“We certainly have seen and lived through a lot. We were so young, and our dreams for a brighter tomorrow did come true for many of us, despite the oppression and hate from the New York City Police Department.

“We are still both politically active and remain great friends and allies after all these years; our relationship today is more like brother and sister than lovers.” 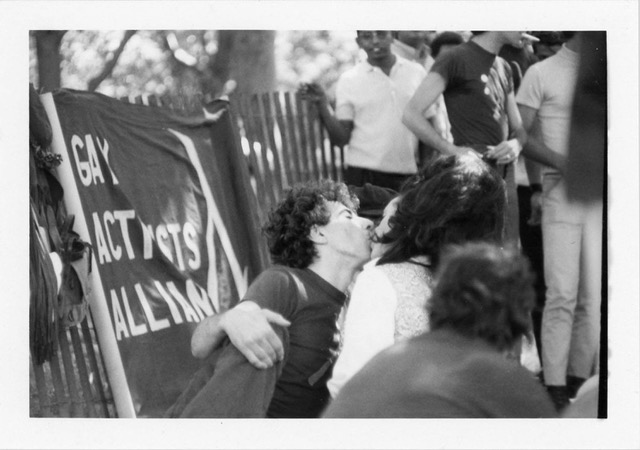 Pride in Pictures: There’s an attendant in attendance