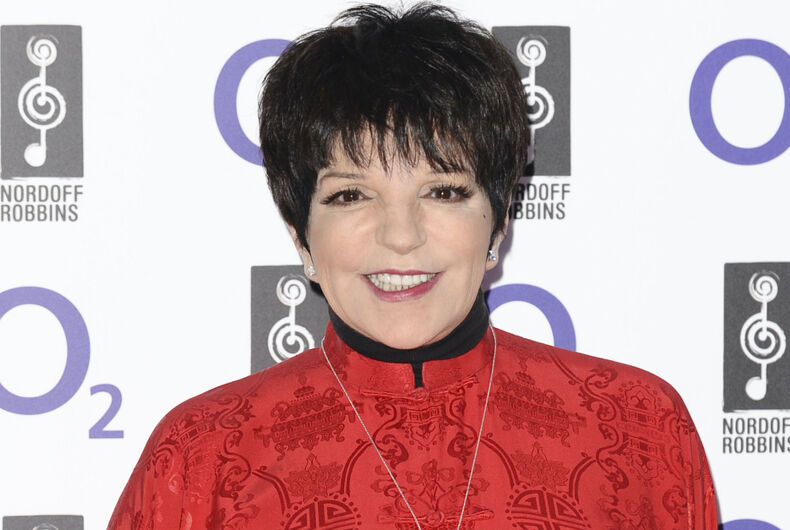 Liza Minnelli has won an Academy Award, four Tony Awards, an Emmy and the Grammy Living Legend. But she’s also famed for being a survivor, bouncing back after numerous bouts of poor health and professional setbacks.

A new Twitter account is a loving but humorous tribute to Minnelli’s never-ending endurance and resilience. Introducing @LiZaOutlives.

@LiZaOutlives was created by Minnelli’s former longtime publicist Scott Gorenstein. The Twitter feed is a running tally of the people, trends and things that Liza has stubbornly outlived. With a knowing wink, @LiZaOutlives tackles everything from politics to canceled tv shows to celebrity marriages gone bust.

Asked what his former boss would say about the Twitter account, Gorenstein laughed and said, “First, she would ask what Twitter is. Then she would roll her eyes. Liza is unapologetically old-school and oblivious to today’s gadgets. Once we were on the town and looking for a restaurant. She pointed to my iPhone and asked, ‘Well, won’t your machine know?’”

Gorenstein says he looks forward to the honor of tweeting that Liza has outlived the Trump presidency.

The Twitter tribute to Liza with a Z was borrowed from a feed dedicated to famed actor Rip Torn, curated by screenwriter Conor Sullivan. When Torn passed away, Gorenstein asked if he could replicate the concept and Sullivan gave his blessing. @LizaOutlives first appeared in February of 2020, poking fun at Pamela Anderson’s short-lived nuptials that made headlines last winter.

Lee was a traitor to the #USA and led the fight to continue the enslavement of Black people while also responsible for the murder of US soldiers.

Liza Minnelli has outlived Larry Kramer who will remain a hero to the gay community.Kramer wrote the ground-breaking "The Normal Heart" and founded @GMHC and @actupny His anger fueled a generation of gay activists who made a difference in the fight against AIDS.#riplarrykramer pic.twitter.com/afzIKFRiMw

Liza Minnelli has outlived Little Richard, a pioneer of rock ‘n’ roll. Pounding the piano furiously and screaming as if for his life he created something new, thrilling and more than a little dangerous. #LittleRichard #RIPLittleRichard

Liza Minnelli has outlived the revival of Will & Grace which wrapped up another run on NBC last night.#WillandGrace #WillAndGraceFarewell #LizaMinnelli

Liza Minnelli has outlived the Presidential candidacy of #PeteButtigieg

Pride in Pictures: The liberation of a ‘Gay In’ at a record-breaking kissing contest