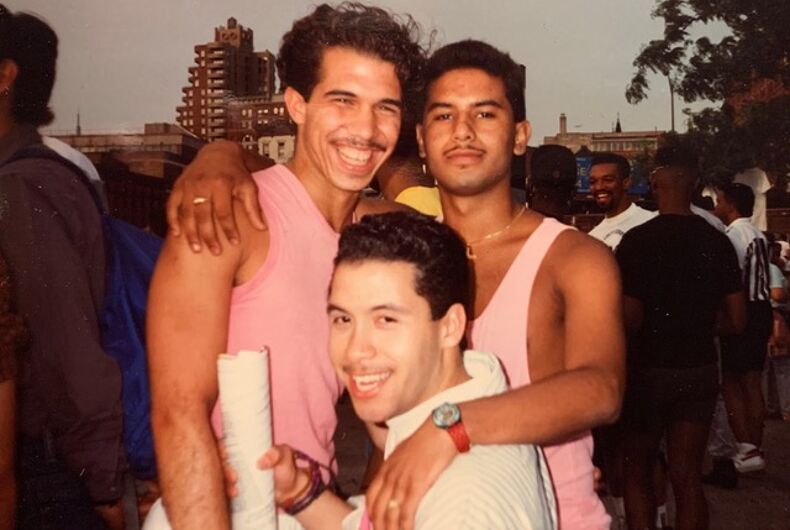 Freddy Pena, Jose Rodriguez and David at the West Side Piers during the Pride Parade, New York City, 1987.Photo: Provided by Freddy Pena

“This was us during the Pride Parade on June 28, 1988. I’m in pink (with the big cheese grin), along with Jose Rodriguez, and – for the life of me can’t remember his last name – but David ‘La Loca!’ is in white.

“I had been going to gay clubs like The Paradise Garage since the summer of 1985, but only felt comfortable enough to go to the parade in 1988, after a breakup with a closeted man.

“We were out and proud, barely in our 20s…literally out doors, in the DAYLIGHT – not just in a club like the Paradise Garage. I was happy to be with so many friends, even in the midst the AIDS epidemic. So many people are gone, but never forgotten.”