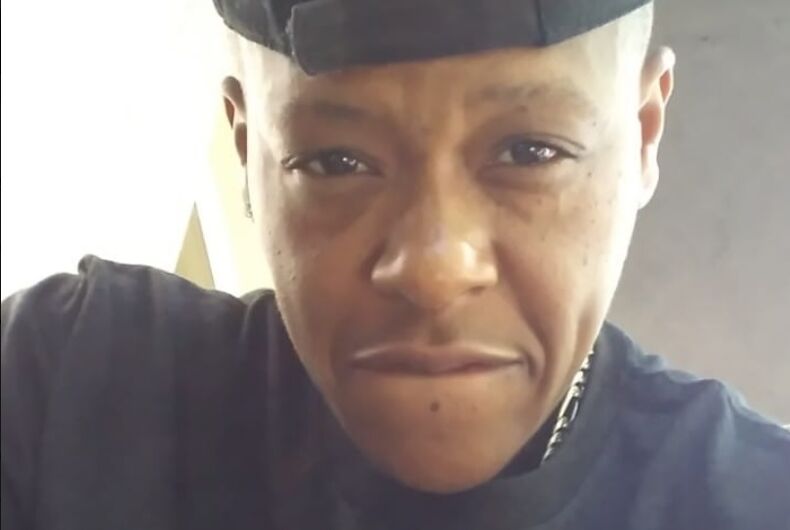 Tony McDade, a black transgender man, was fatally shot by a white police officer in Florida recently and Tallahassee police referred to McDade as a woman in several statements made after his killing.

The officer’s union, the Florida Police Benevolent Association, filed a motion with the local courts to keep the killer cop’s identity a secret, saying the officer was “the victim of an aggravated assault with a deadly weapon.” A judge has now denied the motion.

Witnesses say that police shot McDade immediately after exiting their vehicle without shouting any warning at the 38-year-old, while police claim that he pointed a handgun at an officer before they even exited their vehicle and that the shooting followed “standard protocol.”

At 10:45 a.m. on May 27, police responded to a fatal stabbing. They said that they saw McDade, who fit the description of the suspect, when they arrived.

In a statement, the Tallahassee Police Department said that McDade “then made a move consistent with using the firearm against the officer, who fired their issued handgun, fatally striking the adult female suspect.”

“I walked down this way, as soon as I get around this curve, I just hear shots,” he said. “I see the [McDade] right behind the tree, but I see for him [the police officer] just jump out the car, swing the door open and just start shooting.”

The witness said that police didn’t shout a warning at McDade before opening fire: “I never heard ‘Get down, freeze, I’m an officer’ – nothing. I just heard gun shots.”

“All preliminary findings are that the officer acted in accordance with their training,” said Tallahassee Police Chief Lawrence Revell in a press conference. He said that he wouldn’t discuss the specifics of McDade’s death since it’s part of an on-going investigation, but he said that if officers believed that they were in danger they could have shot without warning.

The union tried to keep the officer’s name a secret using “Marsy’s Law.” The judge rejected the motion, saying the Attorney General would need to review it.

“The Florida Constitution does not distinguish victim status between members of the public and police officers so any citizen can be a victim of a crime, even if they are a public employee. However, the Marsy’s Law provision of the constitution is clear when it says that the accused cannot also be a victim.”

McDade’s shooting by police has been referenced frequently as Americans protested police brutality and racial justice at massive protests nationwide.