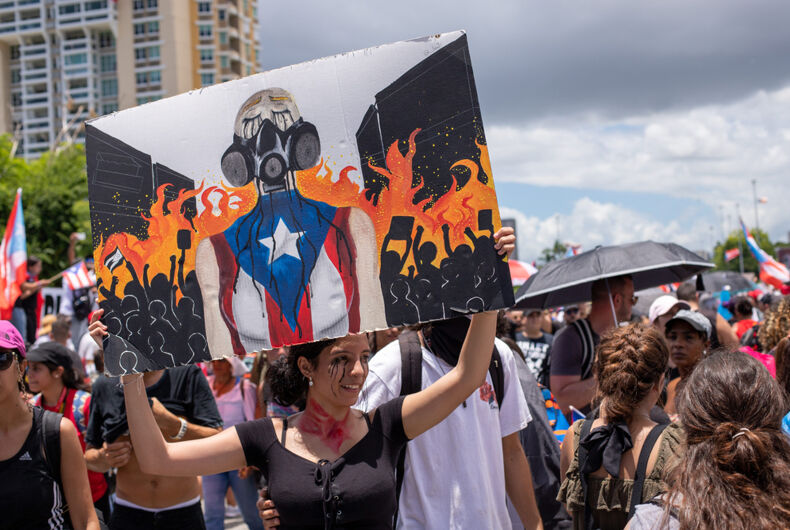 Related: Could this Pride flag that ‘respects Puerto Rico’ replace the rainbow flag?

Activists are still surveying other changes in the 600-page document that could affect LGBTQ people. The changes were approved in “less than 10 minutes” by the Senate and House of Representatives without any debate in mid-May. The changes remained largely unavailable for citizens to review in the lead-up to Vázquez signing them.

“The government has failed to carry out its primary duty of ensuring the safety and well-being of all Puerto Ricans, including LGBTQ Puerto Ricans.”

The Human Rights Campaign (HRC), singer and rapper Bad Bunny, and gay Latinx pop star Ricky Martin had all asked Garced not to sign the changes into law without first ensuring that they didn’t erode existing LGBTQ civil liberties.

Garced didn’t mention LGBTQ people in the statement she issued after signing the bill, but she did mention George Floyd, the 46-year-old Minneapolis resident whose death in police custody has inspired worldwide protests against ani-Black police brutality.

“Abuse, mistreatment, discrimination nor the violation of human rights in any way is neither acceptable nor permitted,” Garced said in a statement. “We all have a civic duty to respect that is fundamental in a peaceful society.”

It’s unclear if the other changes feared by LGBTQ activists — such as a mark outing trans people on their ID and a denial of government funding for same-sex couples seeking child surrogacy — were included in the revised civil code.