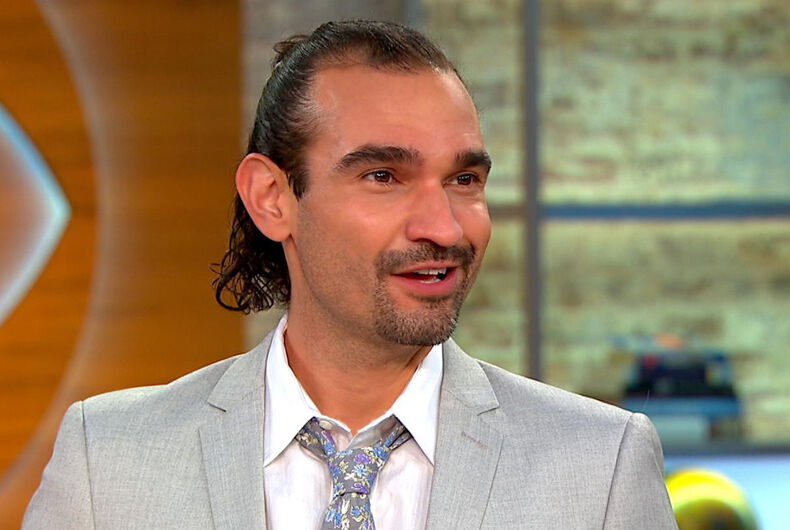 Javier Muñoz, the gay actor best known for playing founding father Alexander Hamilton in the smash Broadway rap musical Hamilton, has revealed on Twitter that he experienced a homophobic beatdown by New York City police when he was a teenager.

“I was 15 when I was Gay bashed by 5 undercover cops,” Muñoz wrote. “I grew up in East NY Bklyn during the 80’s when this violence was daily. I’ve a rage inside that is unquantifiable. I’m trying not to contaminate spaces with my rage but rather use it for whatever I can muster that is helpful.”

Muñoz didn’t elaborate about the situation, but his comments coincide with the worldwide protests against police brutality sparked by the May 25 death of George Floyd, a 46-year-old Black man who died after a Minneapolis police officer knelt on his neck for nearly nine-minutes.

His comments also reflect a long distrust between the LGBTQ community and police that predates the 1969 Stonewall Uprising against police brutality. Since queerness has long been criminalized in the U.S. and elsewhere, police have raided LGBTQ businesses and homes and beaten up queer people and sex workers on the streets under the guise of “protecting morality” and “preventing sex crimes” like sodomy and sex work.

While many police departments have since set up LGBTQ community liaisons and marched in annual Pride parades, distrust remains.

A 2015 review of LGBTQ policing studies by the Williams Institute found that 48 percent of LGBTQ survivors of violence have reported police misconduct, including unjustified arrest, use of excessive force, and entrapment.

Muñoz has been a vocal activist for civil rights, using his fame to openly discuss intersectional discrimination.

“I have multiple targets on my back as a minority, as part of the LGBTQ community, as someone living openly with HIV,”  Muñoz said in a 2019 interview with Broadway. “There’s only so much I am going to witness happening without getting in the fight. We’ve come so far in the LGBTQ community… How dare anyone try and push us back. No. And so I will stand up, and I will be that guy who’s going to get scrappy.”