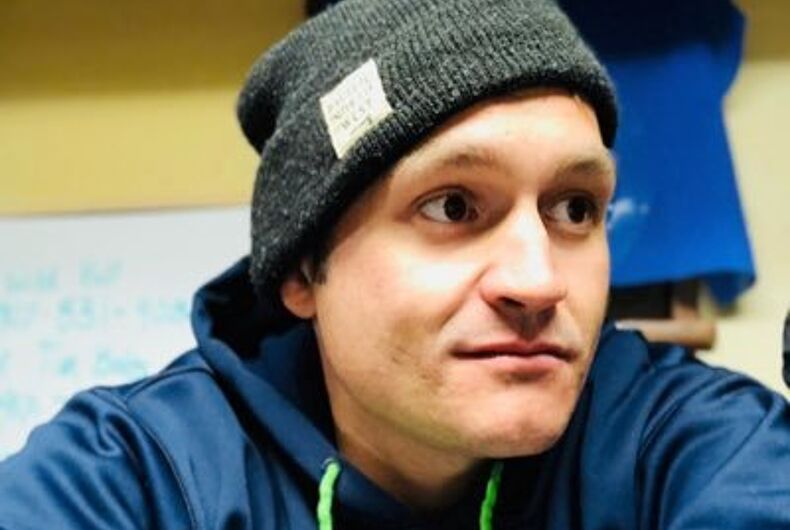 Nick McGlashan, the breakout star of the long-running Discovery Channel reality show The Deadliest Catch, has apologized for a homophobic slur he posted on Facebook. The show chronicles the lives of Alaskan crab fishermen.

McGlashan’s struggle with drug and alcohol addiction has resonated with the show’s audience, becoming a major part of the series. After being fired when he couldn’t hide his addiction any longer, he entered rehab and remains sober.

Related: This dad accidentally discovered his son is gay — and reacted in the best possible way.

The exchange happened between McGlashan, and Christopher Heide, a gay journalist and McGlashan’s friend from recovery. The pair debated conservative commentator Candice Owens, a pro-Trump activist critical of #BlackLivesMatter.

Owens has made headlines for her defense of Hitler, describing herself as an “Uncle Tom,” and most recently, for falsely claiming that George Soros had paid protesters to rally following the murder of George Floyd.

According to screenshots of the conversation provided to LGBTQ Nation by Heide, McGlashan called him a “f-g” during the tense exchange.

“I believe that Nick needs to be held accountable for his words and actions,” Heide said. “This goes beyond our interaction and is indicative of the systemic oppression, humiliation, and abuse that LGBTQ people suffer. I would hope that Nick would take the time and energy to educate himself on the impact of this kind of language.”

When reached for comment by LGBTQ Nation, McGlashan admitted to the exchange and issued an apology.

“I regret making that statement. I chose my words extremely poorly. I apologize to LGBTQ community. I fully support LGBTQ [people],” he said. “I didn’t understand the weight that word carried and didn’t think Chris would be upset.”

McGlashan went on to add that the two had become friends over the course of the past year and “became pretty close. I’ve been a huge contributor to his magazine Chosen.”

McGlashan came out as an addict in an essay he penned for the magazine.

“It wasn’t right of me and I feel awful for saying that,” he added.