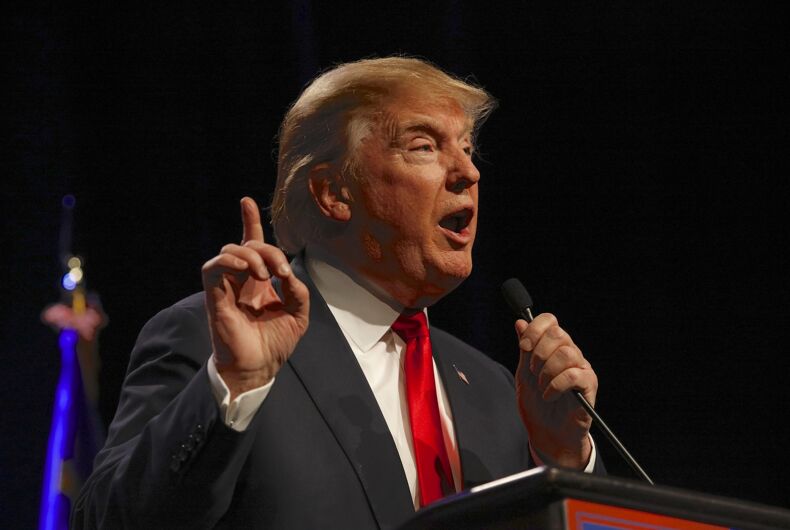 Merritt Corrigan, the woman recently appointed by President Donald Trump to serve as deputy White House liaison at the U.S. Agency for International Development (USAID) has a history of tweets and writing about a “homo-empire” driving the U.S. and other countries towards a “tyrannical LGBT agenda.”

Corrigan, who once worked as a former employee of the Republican National Committee and inside the Hungarian Embassy in the U.S., wrote on Twitter that America’s “homo-empire couldn’t tolerate even one commercial enterprise not in full submission to the tyrannical LGBT agenda.”

In another social media post, she wrote, “Liberal democracy is little more than a front for the war being waged against us by those who fundamentally despise not only our way of life, but life itself.”

Corrigan has since locked down all of her social media accounts and refused to answer press inquiries about this and other statements, including her praise of anti-LGBTQ Hungarian Prime Minister Viktor Orban as “the shining champion of Western civilization.”

In her 2017 op-ed for The Conservative Woman, Corrigan wrote, “Feminism has reduced women to cheap imitations of men, a role we will only ever fill poorly… [and] has made a mockery of our real feminine abilities and defiled our bodies.” The article said that a working woman’s rightful place is in the home.

While USAID is an independent agency that administers foreign aid programs, including poverty and disaster relief programs, its website says it strives for a world in which LGBT people can be “respected and able to live with dignity, free from discrimination, persecution, and violence.”

In the past, USAID has backed programs intended to increase LGBTQ people’s access to housing, health care, and political participation. USAID also has guidelines preventing contractors it works with from discriminating on the basis of sexual orientation and gender identity.

“[USAID has a] zero-tolerance policy of any form of discrimination or harassment based on gender, race, sexual orientation, religion or any other possible distinguishing characteristic that can define any of us. All employees are held to the highest of standards and are expected to treat one another with dignity and respect. Period. This includes political appointees, civil servants, foreign service officers and contractors.”

Instead of responding to the substance of Corrigan’s past statements, USAID’s Office of Press Relations released a statement on Monday entitled, “Statement from the acting administrator on recent news article attacks on political appointees” which “specifically condemn[ed] the unwarranted and malicious attacks” on Corrigan’s character.

“Political appointees are appointed at the discretion of the White House to carry out the President’s foreign policy agenda at USAID. I have full confidence that each … will continue to implement the President’s policies and agenda to the best of his or her ability,” the statement read.

The statement also condemned articles commenting on the transphobia of the USAID Deputy Chief of Staff, Bethany Kozma, and the Islamophobia of USAID Religious Freedom Advisor, Mark Lloyd.