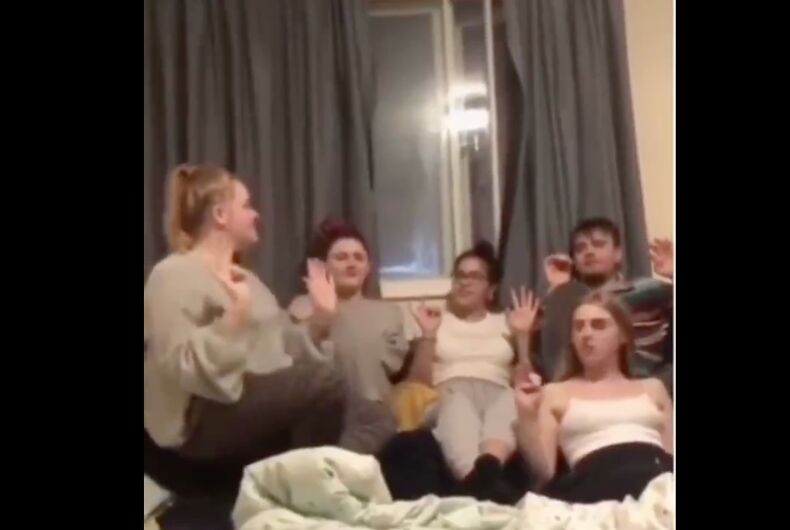 A viral TikTok video shows the moment a woman slyly confronts a gay friend who has been sleeping with her boyfriend.

A group of friends is playing a game similar to “Have you ever” when the unnamed woman goes off-script and asks a startlingly specific question: “Put a finger down if one of your best friends slept with your boyfriend and the rest of your friends didn’t tell you about it for over six months.”

The awkward silence stretches out until finally the young man shouts, “Who the f**k told her?!”

Knowing she has captured viral gold, the person filming continues to let events play out, ending with the two yelling at each other to determine who was somehow to blame for the boyfriend’s decisions.

That doesn’t explain why he was required to climb in bed with the boyfriend, but here we are.