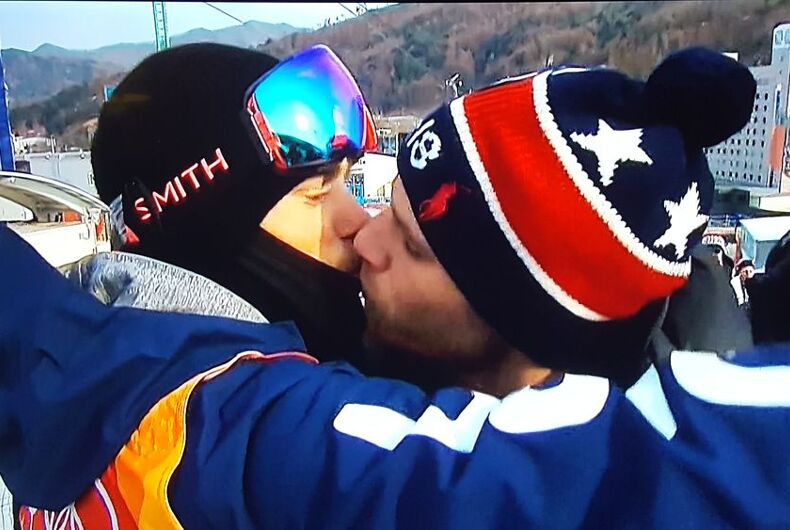 Gus Kenworthy kissing his boyfriend at the 2018 Winter OlympicsPhoto: Twitter

At the 2014 Sochi Winter Olympics, skier Gus Kenworthy wasn’t out. But in 2018, the athlete was living his truth – and made a bit of history doing it. Before heading out to the slopes for the finals, Kenworthy got a quick kiss from his former boyfriend, Matt Wilkas.

“I never got to be proud of what I did in Sochi because I felt so horrible about what I didn’t do,” he later said.

“To be able to do that, to give him a kiss, to have that affection broadcast to the world, is incredible,” Kenworthy told NBC. “The only way to really change perceptions, to break down barriers, break down homophobia, is through representation. That’s definitely not something I had as a kid. I never saw a gay athlete kissing their boyfriend at the Olympics. I think if I had, it would’ve made it easier for me.”

Wilkas also noted the importance of the gesture. “It’s good that it’s televised because it normalizes it more. I would imagine it would be a huge moment for a young gay kid to see an awesome athlete so open and proud of himself and not caring what anyone thinks of his sexuality.”

But he added that he didn’t know it would be talked about so much. “It was such a little kiss. If I’d have known it was a big deal, I’d have made out with him.”

My Seoul mate! So happy to have my bf, my family and some amazing friends here in Korea to cheer me on! Tomorrow's the big day (tonight for y'all in the US) and win or lose I just wanna thank you all SO much for your support and encouragement. I wouldn't be here without you. pic.twitter.com/XwqWKldwbN