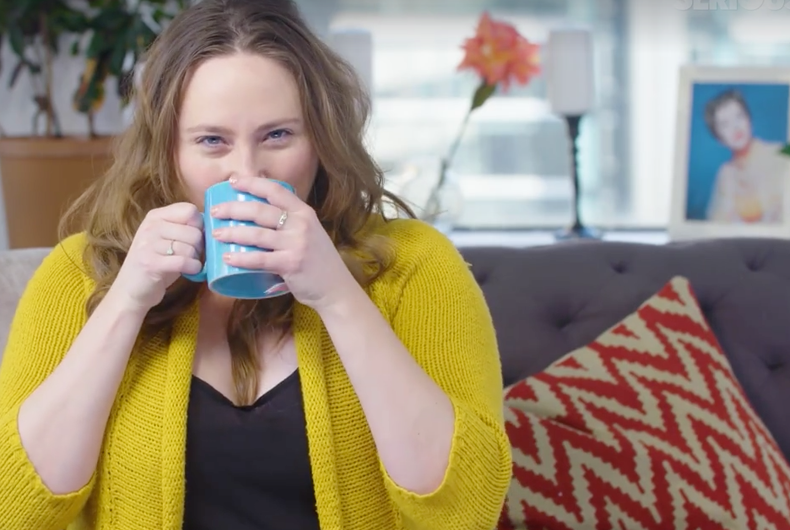 The common refrain among supporters of so-called “bathroom bills” is that they seek to protect women and children from sexual violence. In a Seriously.TV video parodying a campaign advertisement, one woman explains counters that claim while highlighting the real threats to women posed by Republican lawmakers.

Because if the potty police won’t listen to transgender people, perhaps they’ll listen to the only people they seem to care about, “white cisgender women who go pee pee and poo poo.”

“It’s so lovely to see that you finally care about violence against women. But the truth is…I don’t feel threatened by trans women. Why should I?” she asks. “There have been zero cases of attacks by trans women in bathrooms. Speaking of which, I thought it might be helpful if I shared some of the things that you support that actually threaten my life on a daily basis.”

By the end of the clip, it’s clear that while women face a number of threats in our society, none of them come from trans women. Conservative lawmakers on the other hand, well, we’ll let you be the judge of that.