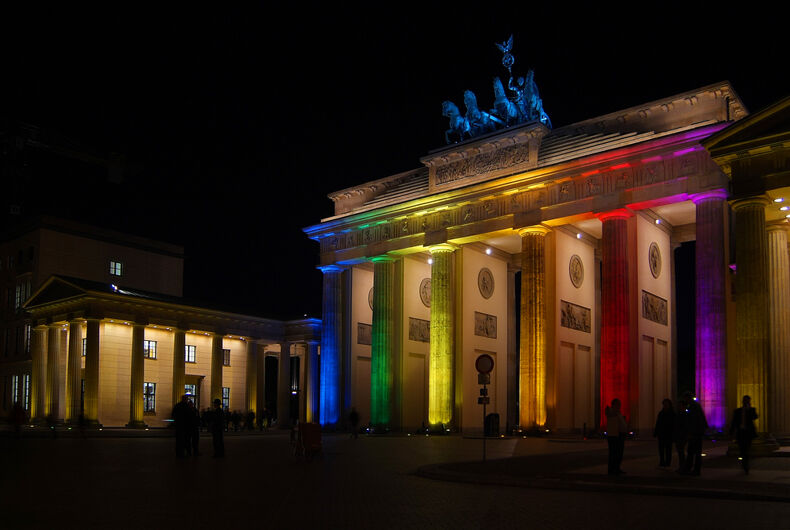 The Brandenburg Gate in BerlinPhoto: Shutterstock

On Thursday, the German parliament (the Bundestag) passed a ban on ex-gay therapy for minors, punishing anyone who offers the widely debunked practice of psychological torture with one year in prison or a fine of $32,000, but one political party wants the ban to go even further.

The law forbids the use or advertisement of any therapy that purports to change a person’s sexual orientation or gender identity for minors.

“Homosexuality is not a disease. Therefore the term therapy is misleading,” German health minister Jens Spahn, who is also a gay man, said in a statement.

“Young people are being forced into conversion therapies and so it is very important that they should find support in the existence of this law: a clear signal that the state does not want this to happen,” Spahn continued.

“I want a ban which will be robust, including if it’s brought before the courts.

The local Green Party wants the law to go further by banning the practice for anyone up to 26 years of age. The Left Party wants that age to be 27.

“At the very least young people aged between 18 and 26 need comparable protection, as is shown by the experiences of coming-out and many young people’s dependence on their families,” the party said in a statement.

Malta, Taiwan, Ecuador, and Brazil have all banned conversion therapy for minors as well. Canada is currently considering a nationwide ban on ex-gay therapy too.

Other methods include not shaking hands with anyone of the same gender, beating a pillow, cuddling with another man “platonically,” and not listening to music.

The ban now requires the signature of President Frank-Walter Steinmeier before going into effect.

Tom of Finland would be 100 today. Here’s how you can celebrate from home.

Betty White is coming back to television. Finally there’s good news in 2020.