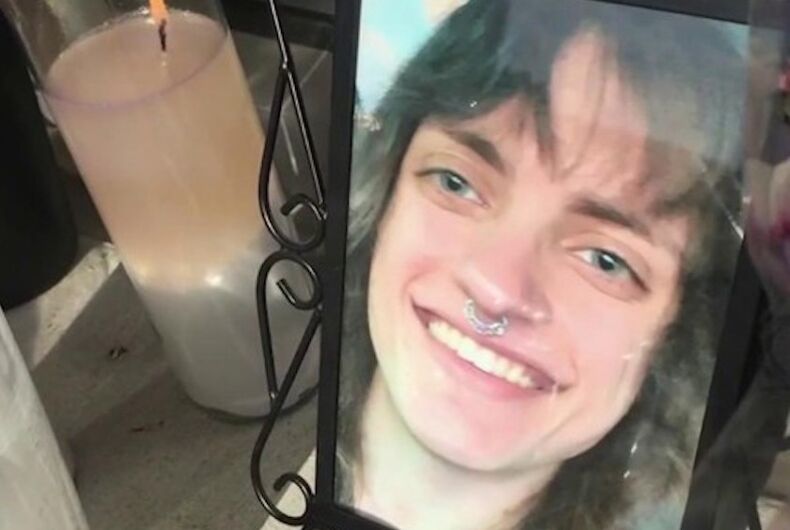 Even though police don’t think Campbell targeted O’Regan for her gender identity, her death makes her the 11th trans person to be murdered this year.

Related: Trans woman found stabbed to death in her apartment after attending a late-night party

According to the Diesel Barbershop Facebook page, O’Regan and her co-workers had shown up to the shop to deep clean, book appointments, and prepare for the store’s May 8 reopening.

Surveillance video shows that Campbell entered the store to make an upcoming appointment, but when employees asked him to submit a form of payment, he went to his car and returned with a knife, gun, and backpack.

“Attempts were made to give the man whatever he wanted… cash, equipment, or whatever it took to get him out of the shop,” reports the Diesel Barbershop Facebook page.

He then forced the shop’s three employees into the back of the shop. While one was able to escape, he stabbed another employee, but they still managed to run to a nearby restaurant to report the attack. They survived their injuries.

Afterward, he placed O’Regan in a chokehold until she went unconscious and then stabbed her to death. Campbell was subsequently arrested and charged with murder. Police located him because employees had entered his name in their computer system.

It’s unclear what led him to attack the employees.

A memorial for O’Regan has since been set up at the storefront with flowers and candles placed in her memory.

“Every time I saw her, she smiled. She’d do anything for you,” said Luke Tyler, a friend told KSAT-TV. “She was a caring person. I never saw her in a bad mood… Being trans is so hard, and her life was hard, but she lived like it was the best day of her life every day.”