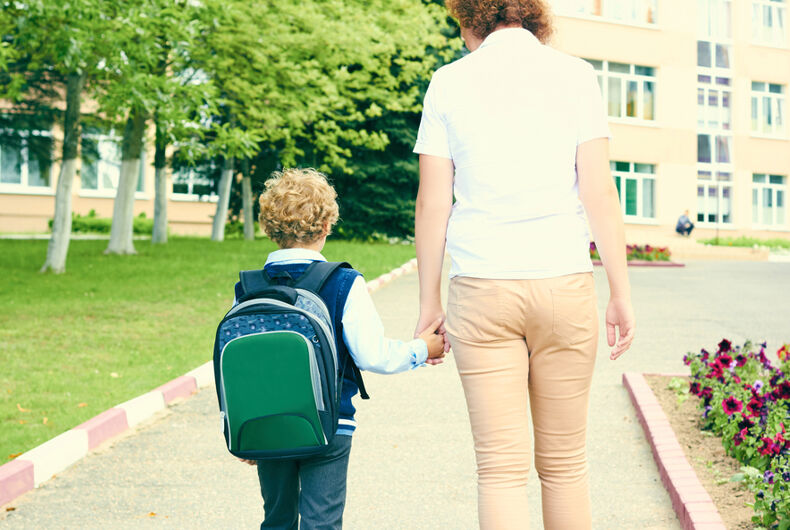 Thirty-seven percent of lesbian mothers in the U.K. has faced homophobia from other parents, and one-third say that their kids have been bullied for having two moms, a recent survey found.

“I’ve got twins and they were bullied at around 10 by a group of other children,” she said.

Riley said that other parents sometimes wouldn’t let their kids go to her kids’ birthday parties.

“When you’re waiting for the children at the [school] gate, you get passive homophobia. You might not get people shouting at you, but you’ll get everybody whispering and pointing at you.”

The survey was commissioned for Lesbian Visibility Week, and it found that 79% of respondents felt that lesbian and bi women weren’t as well represented in public life as gay and bi men are.

About half of the women who responded to the survey said that they’re not out at work, a number in line with previous surveys.

The survey was conducted online by the firm Kantar and asked 1400 lesbian moms in the U.K.

The symbolic meanings behind the rainbow explained in 60 seconds