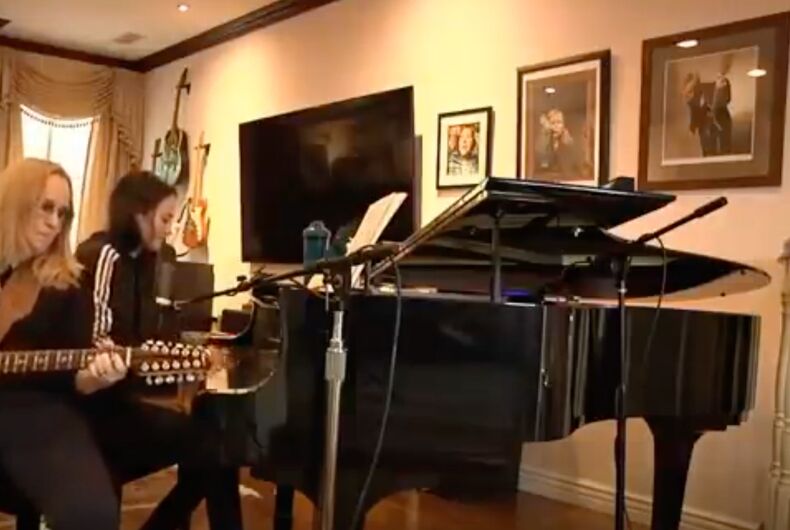 Singer Melissa Etheridge has been hosting a #StayHome video concert series online to encourage fans to follow measures meant to slow the spread of coronavirus.

But one special guest, her daughter Bailey Cypheridge, upped the bar on the performances when she did a duet with her mother.

Related: Melissa Etheridge smokes pot when she’s stressed & wants you to do it too

The two women even switch instruments during the cover of Coldplay’s “Fix You.”

Etheridge later reveals that the two had performed the number before – at Bailey’s high school talent show.

The singer came out publicly in 1993 and had two children with her then wife, Julie Cypher.

Melissa invites you to join her these next couple weeks on Facebook Live at 3pm PST, 6pm EST, 10pm GMT for a 15 minute sing-along get-together. Invite your friends and family! See you all soon 😊 #TeamME pic.twitter.com/6YTgSPcXjH