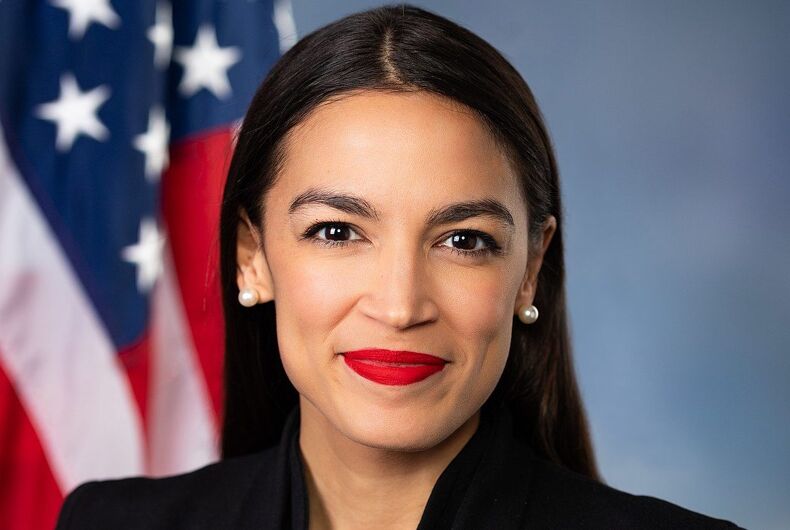 Rep. Alexandria Ocasio-Cortez (D-NY) and Rep. Carolyn Maloney (D-NY) sent a letter to the FDA yesterday asking them to “revise” the ban on blood donations from men who have had sex with men in the previous 12 months, citing the coronavirus pandemic.

The Democrats join a growing number of members of Congress calling for the FDA to ease restrictions on gay and bi men donating blood, including 17 U.S. Senators who signed a letter last week on the matter and over 30 U.S. Representatives who signed several letters last month.

Ocasio-Cortez and Maloney, who both sit on the House Committee on Oversight and Reform which has broad powers to investigate the government’s actions, argue in their letter that the gay blood ban “is not based on current science.”

They cite the American Medical Association, which recommends moving away from a policy that systematically refuses to take blood donations from “categories of persons” instead of examining “individual donors on grounds of evidence-based risk assessment.”

The Congresswomen also cite the American Red Cross’s recommendation to reduce the time since a man’s last sexual encounter with another man from 12 months to three months, which several other countries, like Canada and the U.K., have already done.

This is particularly significant now during the global pandemic, as over 4000 blood drives have been canceled in the U.S. and an estimated 130,000 blood donations have not been made. Citing Williams Institute data, Ocasio-Cortez and Maloney say that easing restrictions on gay and bi men who want to donate blood could provide an additional 615,000 pints of blood each year.

Last week, 17 senators led by out Sen. Tammy Baldwin (D-WI) sent a letter to the FDA asking the agency to update its policy “in light of this shortage” caused by the pandemic.

In February, 30 representatives signed a letter asking the FDA to reexamine the policy. The letter called it “scientifically obsolete” because HIV tests can now accurately detect the virus less than two weeks after transmission.

In March, a spokesperson for the FDA told the Washington Blade, “At this time, FDA’s recommendations regarding blood donor deferral for men who have sex with men have not changed, but we will continue to reevaluate the situation as the outbreak progresses.”