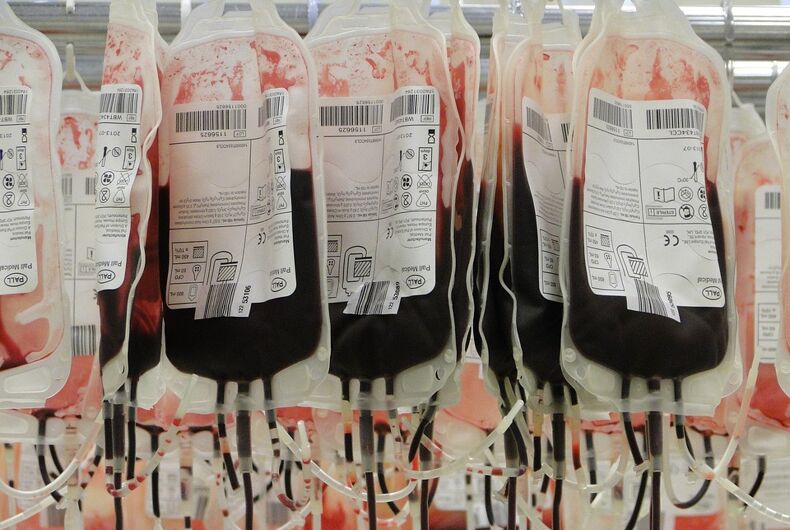 In anticipation of the growing numbers of those that will need to fight the coronavirus, Surgeon General Jerome Adams pleaded with the American public to come donate blood. “Blood centers are open now and in need of your donation,” Adams said while noting that the CDC signals that it’s safe to donate without contracting the virus.

Yet, a pandemic that has killed hundreds worldwide and infected thousands (so far) in the United States is still not enough to persuade the FDA to lift its ban against gay, bisexual and men who have sex with men from donating.

Yes, the FDA, not the CDC or other medical-related government bureau, is still strictly enforcing its abstract rule that “men who have sex with men cannot donate blood unless they have abstained from sex for 12 months.”

The ban was initially implemented in 1983, excluding all men who have ever had sex with men for life. In 2015, Barack Obama’s administration reduced the rule to only bar men who have had sex with men in the preceding year from donating, which is better but still ridiculous. There’s no evidence suggesting sexual activity alone alters your body’s blood supply, and surely not enough to require months or years of restriction.

“The antiquated ban that still prevents gay and bisexual men, and men who have sex with men from donating blood must be immediately lifted,” GLAAD CEO Sarah Kate Ellis wrote on Twitter, “…the ban is ineffective and doesn’t rely on science.” Ellis shared a link to a GLAAD petition making effectively the same call.

The antiquated ban that still prevents gay and bisexual men, and men who have sex with men from donating blood must be immediately lifted by the @US_FDA. https://t.co/cPpHLEbTAF

Ellis also points out that, based on the Williams Institute in 2014, 360,000 men that are willing to donate would immediately make 615,300 pints of blood available for use. “Holding on to an antiquated, discriminatory ban during these uncertain times is absurd,” she tweets.

USA Today travel editor David Oliver expressed a similar sentiment. “During this time of crisis, I would give anything to help,” he writes. “It’s too important a time to be selfish in any capacity. Change your policy, FDA. Please.”

Even the American Red Cross, which expressed its own shortage of blood, also called for an end to the FDA’s ban in November “as a scientifically-based interim step.”

“Blood donation eligibility should not be determined by methods that are based upon sexual orientation,” they wrote.

Yet, the FDA has already confirmed in a statement to the Washington Blade that it won’t be reconsidering the policy at this time. “[The] FDA’s recommendations regarding blood donor deferral for men who have sex with men have not changed, but we will continue to reevaluate the situation as the outbreak progresses,” a spokesman claimed.

Still, with pressure mounting, and more infections happening with a huge portion of the country being told not to come outside, that shortage is not going to clear up with mere televised pleads. The American Red Cross reports that 2,700 blood drives have been cancelled, and there have been 86,000 fewer blood donations as of March 16.

Hundreds of thousands of lives are at risk, and there are so many areas of our society that need assistance at this time. Why are people being excluded from openly helping out? Why is our government preventing a measure that can help them, when there’s no evidence that it can harm them?

We are living in one of society’s most drastic pandemics in modern times. How many people will have to suffer before the FDA’s arbitrary rules can be dismissed?