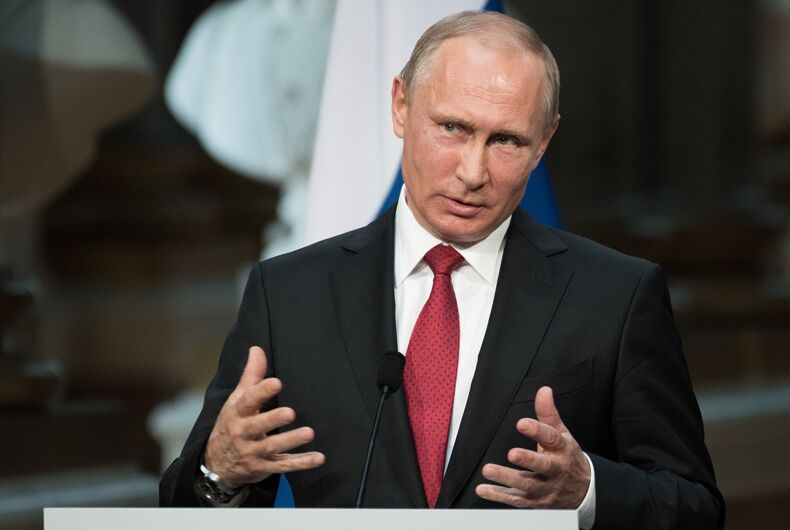 A set of constitutional changes proposed by the autocrat would define marriage as between “a man and a woman” and insert a mention of Russia’s “faith in God.”

A gay couple that married in Denmark in 2018 was disappeared by police when they came home and tried to get their marriage recognized in Russia, and the country also banned pro-LGBTQ activism and speech in a 2013 law meant to fight “gay propaganda.”

So there doesn’t appear that the need for a constitutional ban on same-sex marriage is entirely clear.

The proposed constitutional changes are part of a larger set of reforms that are meant to expand the powers of the national legislature, the Duma.

So it is possible that the proposed ban on same-sex marriage is being used to shore up support for the other constitutional changes, as these sorts of bans were used a decade ago in the United States to get support for conservatives at the polls.