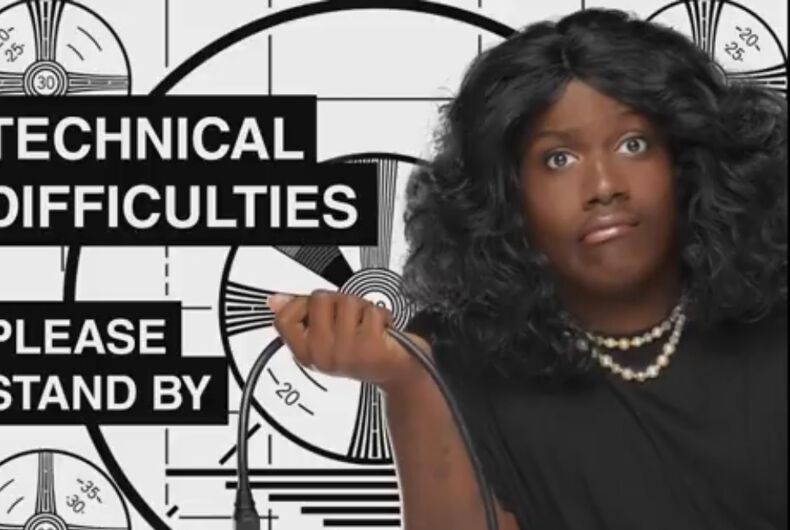 The music video for the song – which features rappers Drake and DaBaby – has Lil Yachty as “Boprah”, a daytime talk host parodying many of the signature characteristics that Oprah Winfrey became famous for.

Related: The revolutionaries behind the Black LGBTQ hip-hop movement

In the video, “Boprah” interviews Drake, who talks about his life without a beard. Boprah then talks to DaBaby about his signature “Let’s Go” phrase and the similarities of all of his songs. Lastly, Boprah interviews…Lil Yachty, who fails at a cooking demonstration and ends up ordering the entire studio audience some.

“Lil Yachty fell off and now he gotta put on a dress to sell records,” one tweet read. “Black men are getting more and more feminine by the year. Their agenda is working,” another user said.

After a few days of tweets and comments like this, Lil Yachty eventually began to respond. One user tweeted to him, “In my opinión [sic], you don’t need to wear no dresses or wings [sic] to sell…how I’m suppose to take this[?]” Which prompted the rapper to respond, “B**ch, it’s just supposed to be entertaining.”

“Y’all n***a’s so in denial with y’all masculinity, sh*t like this bother y’all…relax,” he concluded.

Bitch it’s just supposed to be entertaining… it ain’t even that deep, y’all Nigga’s so in denial with y’all masculinity shit like this bother y’all.. relax https://t.co/Ql2NZCdY1C

The Atlanta native then shared an Instagram comment where a person with the profile picture of a white person claimed he was bisexual because he “dressed up as a damn woman…you done let the black community down.”

The 9 minute video is nearing 9 million views in less than a week, so Lil Yachty will probably be fine without a few fans upset about his wardrobe choice.

This is not the first time Lil Yachty has been attacked by anti-LGBTQ people. In 2017, he sat next to a kissing gay couple on the cover photo for his album, Teenage Emotions, which led to homophobic uproar. He also wore a rainbow colored grill in the picture.

He was rather unphased by the backlash at the time, saying that “If you have vitiligo or if you’re gay or whatever it is, embrace yourself, love yourself. Be happy, positive.”

Lil Yachty has also begun to release behind the scenes footage from the filming of the “Oprah’s Bank Account” video. You can see a snippet that he shared on Instagram below: