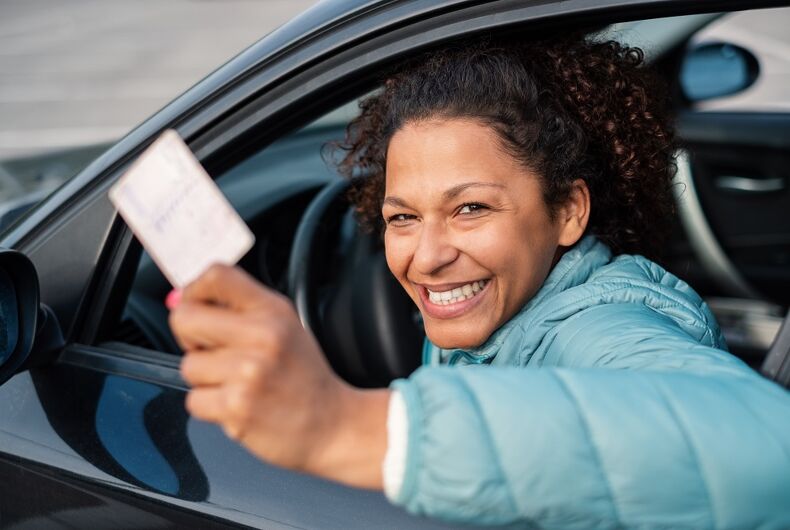 A study from Drexel University found that transgender adults with gender-affirming IDs have better mental health than those whose IDs do not match their gender identity.

According to Ayden Scheim, the study’s lead author, this is the first time the relationship between mental health and having the correct ID has been studied in the U.S.

The study examined data provided by 22,286 trans adults in the 2015 U.S. Transgender Survey and found that those with gender-affirming identification — such as passports and driver’s licenses — were 32% less likely to be classified as seriously psychologically distressed. They were also 22% less likely to have seriously considered suicide within the last year and 25% likely to have made a suicide plan within the last year.

Only 10% of the adults surveyed, however, reported having the correct gender information on all of their identification documents.

“Having IDs that don’t reflect how you see yourself, and how you present yourself to the world, can be upsetting,” said Scheim in a statement. “It can also potentially expose people to harassment, violence, and denial of service.

There are many distressing roadblocks and restrictions in states across the country that make it difficult for trans people to update their IDs – from requirements for court orders to signed physician’s statements to proof of surgery.

The study’s authors maintain that making it easier for trans people to change their gender markers on their IDs could save lives.

“Having accurate identification should be a fundamental human right. While many of us take it for granted, obtaining IDs can be very difficult for trans people,” Scheim said. “This is an area where tangible and relatively simple policy changes could aid public health.”

Indeed, some states are taking action. The New York Attorney General, for example, recently announced that medical confirmation is no longer required for trans youth to change their legal gender on government documents.

And recently, Rep. Ro Khana (D-CA), introduced a bill that would allow any U.S. citizen to select an X for their passport in place of an M or F, regardless of what their state laws say about other IDs.

The study does acknowledge the possibility that those already suffering from severe psychological distress may have a more difficult time updating their IDs.

“Despite this limitation,” the press release stated, “the study’s data comes from the largest sample of trans adults ever surveyed and controls for other factors that could contribute to the connection between identification and mental health.”

The study’s authors not only believe that making it easier to change one’s ID is crucial to mental health, but they also question the necessity of having gender on an ID at all.

“Beyond reducing barriers to changing gender and name on ID, we should be asking why gender needs to be indicated on photo ID at all,” Scheim said. “Including this attribute serves no clear purpose for identifying people – that’s what the photo is for.”

Ohio cancels their primary due to the coronavirus pandemic, but 3 other states are holding elections