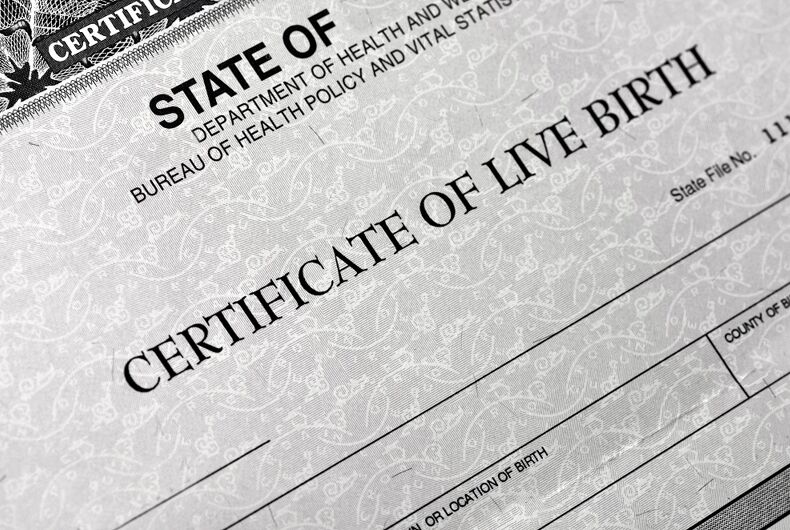 A 14-year-old boy is responsible for a dramatic update to New York’s policy on changing the legal gender of a minor. The state’s attorney general announced the change and credited the teen for the new policy.

The state will no longer require medical confirmation for gender recognition and will allow minors to change the legal gender on state documents like birth certificates.

“Thanks to the brave determination of this young man, New York State has made the right decision and changed its policy to allow minors to obtain birth certificates that accurately reflect their gender identity,” state Attorney General Letitia James said in a press release.

“Effective immediately, transgender individuals born in New York will have the right to make this deeply personal decision without the government’s unwarranted denial or without having their privacy violated.”

The young man had sued for the right to change the female gender marker on his government documents. The previous standard only allowed transgender people over the age of 18 to make the request. James changed the policy without requiring a court order to do so.

The new policy would allow minors 16 and under to request a change with the permission of a guardian or parent. Youth 17 and above will be allowed to make the change on their own.

Transgender people formerly had to submit medical documentation to prove they had transitioned before being allowed to make changes to documents. The update is effective immediately.

An amazing dad needed a good swimsuit for his trans daughter. So he invented it himself.