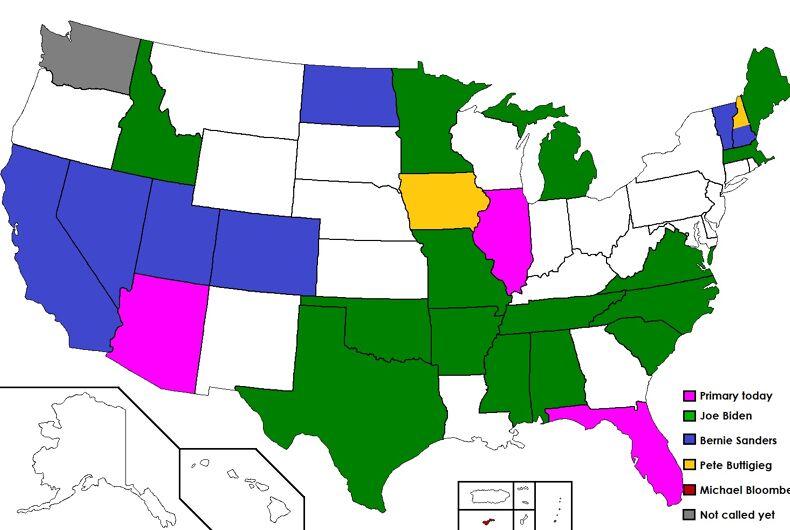 Ohio canceled its primary that was scheduled for today, but three other states – Arizona, Illinois, and Florida – are going forward with their elections in the midst of a global pandemic.

“During this time when we face an unprecedented public health crisis, to conduct an election tomorrow would force poll workers and voters to place themselves at an unacceptable health risk of contracting coronavirus,” DeWine said in a statement posted to Twitter.

In the statement, DeWine said that the Ohio Secretary of State will be working “to extend voting options so that every voter who wants to vote will be granted that opportunity.”

As such, @DrAmyActon will order the polls closed as a health emergency. While the polls will be closed tomorrow, Secretary of State @FrankLaRose will seek a remedy through the courts to extend voting options so that every voter who wants to vote will be granted that opportunity.

The CDC has issued guidelines to prevent the spread of coronavirus at polling places, while encouraging election officials to encourage mail-in, drive-up, and early voting.

Polling places are encouraged to provide hand sanitizer for voters and to encourage voters to use it both before and after using a voting machine.