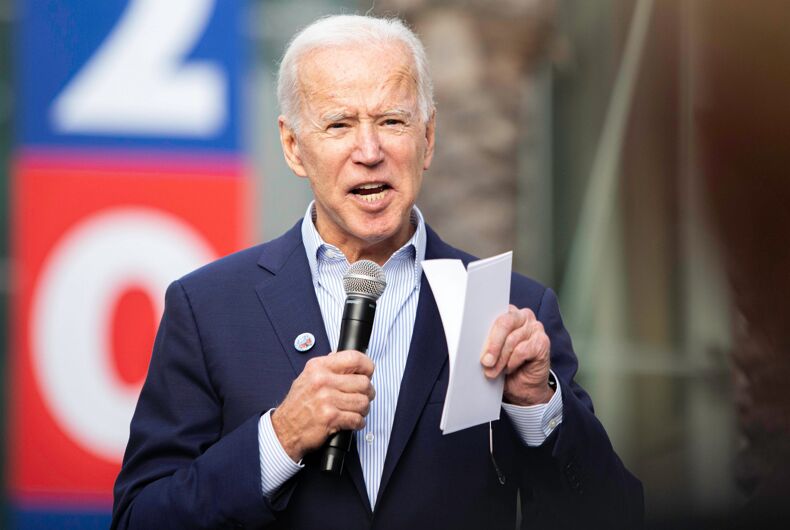 Former Vice President Joe Biden continued to dominate in the Democratic primary elections, picking up wins in Mississippi, Missouri, Michigan, and Idaho. Washington and North Dakota’s primaries have not yet been called.

Sen. Bernie Sanders (I-VT) retreated to his home state of Vermont as the votes started coming in. The only other major candidate left in the race, Sanders did not make a speech or speak to the media following the poor showing.

Biden has rocketed to the top of the pack after a lackluster beginning. Out candidate Pete Buttigieg won in Iowa, the first state to vote, and tied with Sanders in New Hampshire. Buttigieg dropped out after an abysmal showing in South Carolina, where Biden swept the field; he has since endorsed Biden.

The field of Democratic candidates was historically large and diverse, but each candidate who has quit the race and endorsed a fellow Democrat has chosen Biden.

“It’s more than a comeback. It’s a comeback for the soul of this nation,” Biden said at the National Constitution Center in Philadelphia as results came in. “This campaign is taking off, and I believe that we are going to do well from this point on.”

While Biden spent the time between Super Tuesday and last night’s round of primaries building support and gathering endorsement from former primary candidates, Sanders was frequently mired in intraparty squabbles. As questions about his ability to lead down-ticket Democrats to victory in the Senate and House of Representatives, Sanders was forced to fend off accusations that he would be a detriment to Democrats nationwide.

Sanders tweeted last month that, “I’ve got news for the Republican establishment. I’ve got news for the Democratic establishment. They can’t stop us.” Party loyalists accused the senator, who is an Independent and not a Democrat, of attacking anyone who doesn’t support his campaign and asserted that by launching a broadside at the party he wants to lead, he would be a loose cannon reminiscent of President Donald Trump.

The tweet and other comments at rallies continued to dog Sanders and his lack of support from black voters dominated media coverage after Super Tuesday.

Biden’s win in Michigan is particularly important since the state is delegate-rich and a key Midwestern state for any presidential candidate. Sanders won the state in 2016 and had pinned hopes on a win there to make the argument that he still had a path to victory.

Various outlets are reporting both that Sanders plans to suspend his campaign this week and that he plans to continue in hopes of a miracle. With his retreat back to Vermont on Tuesday night and decision not to speak to the media following his multiple losses, the only thing certain is that the senator is evaluating his path forward.

Ellen walks out on a man’s proposal