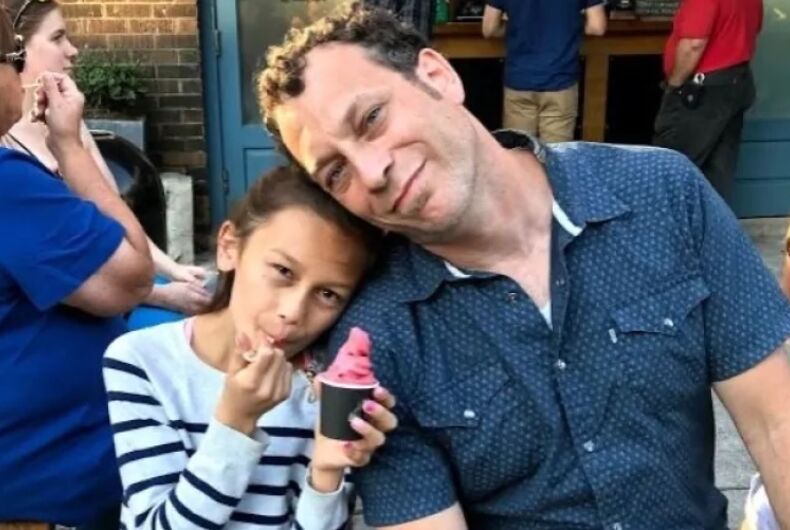 When Jamie Alexander and his transgender 11-year-old daughter Ruby planned to visit a beach in Panama last year, he worried she might be hurt if her swimwear showed a bulge in its bikini bottom.

After researching online, he found that other parents of trans girls had the same problem.

Related: Transgender teen kicked out of school dance for wearing a blouse

Even though he had no previous experience in fashion, he began developing a new line of swimwear bottoms for trans girls featuring smoothing compression technology to hide their genitalia. He recently unveiled the result, and he named it after his daughter.

The company is called Rubies and its slogan is “Every Girl Deserves to Shine.”

“In the early days, when she socially transitioned,” Alexander said, “we put her in boys’ clothing for gym and swimming. But for swimsuits in public, it’s a general fear that you don’t want your kid to be sort of called out… it’s a potential safety issue.”

A business incubator called Ryerson’s Fashion Zone helped pair him with industry advisers in fashion and technology. Together, they developed prototypes using feedback from 25 trans girls from the U.S. and Australia.

Though the bikini bottoms start at $44 apiece on the company’s website, he says he’d also like to send free pairs to girls whose families can’t afford them. He’d like to create an additional one-piece bathing suit and also leggings for trans girls who practice dance and gymnastics.

People who purchase the bottoms get a handwritten card from him and his daughter. On one card, his daughter wrote, “You are like a star that shines bright, that’s more special than anyone else. And don’t let anyone dim that light.”

A woman who received one of the cards said, “As I was reading this, I was crying and this is tears of joy that someone really cares.”

Trans man died after being shot in the face. Then police misgendered him.