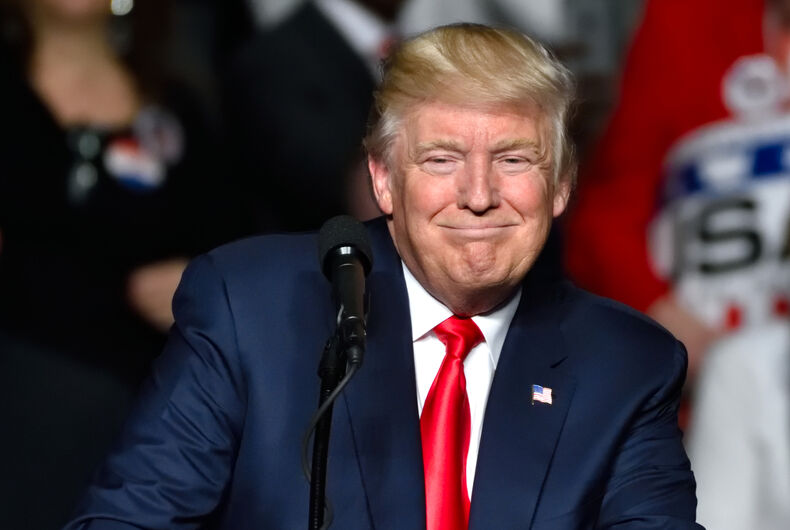 DECEMBER 15, 2016: President Trump smirks smile during his speech at a "Thank You" Tour rally held at the Giant Center in Hershey, PA.Photo: Shutterstock

President Donald Trump has been acquitted of all charges in the Senate impeachment trial. The vote in the Republican-lead Senate fell largely along party lines and found Trump not guilty of abuse of power on a 52-48 vote and not guilty of obstruction of Congress on a 53-47 vote.

Utah Senator Mitt Romney was the only Republican who voted to convict Trump of abuse of power. However, Romney didn’t vote to find Trump guilty of obstruction of Congress.

After the White House refused to cooperate with the House’s impeachment investigation, the House levied secondary charges against Trump for obstruction of Congress.

Early into the Senate trial, the Republican majority voted against seeing any additional witnesses or evidence. As such, Trump was never really in danger of being convicted seeing as it would’ve required 67 out of 100 senators to vote in favor of it.

That is, 20 Republicans would’ve had to vote against Trump, a longshot seeing as Republicans repeatedly claimed that the House impeachment was little more than a “partisan witch hunt.”

The Senate will now get back to its usual business of approving Trump’s conservative judicial nominees. Foreign policy experts worry that Trump’s acquittal will weaken U.S. diplomacy as the U.S. government will no longer have a credible voice in asking governments to curb political corruption or promote the rule of the law.

Social media & body image: A deadly combination we need to talk about more