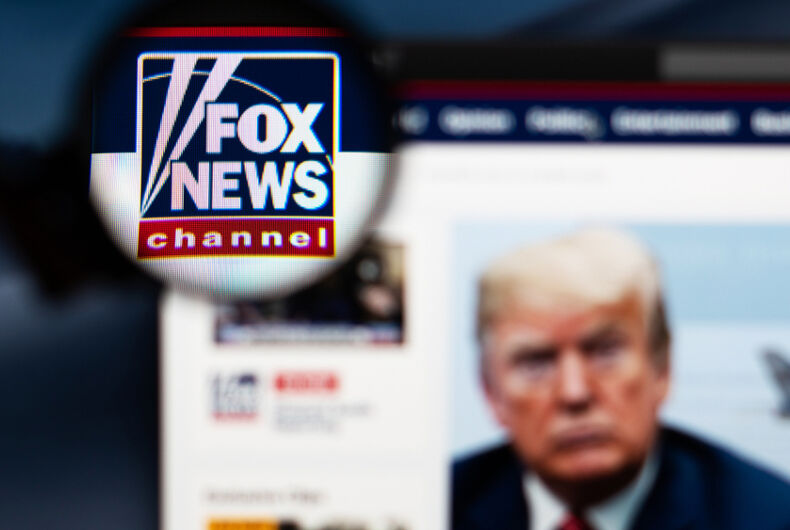 The House of Representatives’ vote to impeach President Trump for withholding military aid from Ukraine in order to extort an investigation into Joe Biden split unsurprisingly along party lines: 228 Democrats and one independent in favor and every single Republican plus two Democrats against. Now impeachment shifts to the Senate, where Majority Leader Mitch McConnell (R) will do everything he can to bury it with minimum embarrassment to the president and his party.

Just because Republicans will never vote to remove Trump from office doesn’t mean that the Democrats are engaged in a fool’s errand. Sometimes you just have to do the right thing, even in politics. When House Speaker Nancy Pelosi says that Trump “gave us no choice” but to impeach him, she’s also signaling that she would just have gladly not gotten to this point.

Related: Is Donald Trump’s pending impeachment acquittal in the Senate a failure of the Democrats?

While all the focus today is on Trump, the fact is that he wasn’t the only one impeached today. Both the Republican Party and Fox News were impeached as well.

The Republican Party went off the deep end a long time ago. For from being an aberration, Trump is the culmination of a party that gleefully shattered norms, embraced screwy ideas, and treated opponents as traitors.

Now the party is standing unified behind a man who is happily using the office of president for personal and political gain in violation of the Constitution. Far from arguing that what Trump did wasn’t great, Republicans in Congress simply say that Congress has no right to investigate the president. They are fine with him defying Congressional oversight and even subpoenas. They agree with Trump that the investigation is “illegitimate.”

Whether you like Congressional investigations or subpoenas (think about the 33 GOP-led hearings into Benghazi), oversight of the executive branch is Congress’s responsibility under the Constitution. It’s one thing to say, we’re not going to look at this. It’s entirely another to say, we have no right to look at this. The former is a statement shirking responsibility. The latter is a statement abrogating the Constitution’s framework of checks and balances.

In short, it’s another way of diminishing the Constitution. Diminishing the checks and balances built into the document are its own violation of it. More than 750 historians published a letter this week saying Trump deserved to be impeached because he obstructed Congress’ “constitutionally-mandated oversight law.” But then again so did the Republicans backing him.

Fox News’ role in the impeachment is awful in its own way. Fox is rightly criticized as a propaganda organ for the White House. But it is more than that. It feeds its audience tinfoil-hat conspiracy theories that are not just wrong — they’re dangerous.

It used to be that Fox News was just partisan. But then it took a swan dive into the pools of crazy, largely (but not exclusively) through its Murderers’ row of commentators past and present: Hannity, O’Reilly, Beck, Pirro, Ingraham, et al. The network became a breeding ground for all sorts of nuttiness, from Barack Obama being a Muslim to the DNC computer hack being done by a Democratic staffer, not Russia.

It’s bad enough that Fox News poisons the minds of its viewers with disinformation daily. But it’s worse when one of its biggest followers is the president himself and uses it as a platform to spread his own disinformation without challenge.

In fairness to Fox, not every crazy idea originates there. The idea that Ukraine, not Russia, hacked the DNC servers (so much for the dead staffer) has been kicking around since 2016, fed in part by Trump advisor Roger Stone.

But Fox serves as the platform to air debunked conspiracy theories. In a rambling call last month to Fox and Friends, Trump went off on the Ukraine conspiracy against him. The three hosts sat in rapt wonder as the president unspooled a totally false narrative. There was a mild challenge — “Are you sure they did that?” one host asked — but nothing to suggest that the president was spewing lunacy.

So tight is the relationship between Fox News and Trump that the White House has been populated with Fox figures, including former Fox News executive Bill Shine. Fox commentator Sean Hannity has a direct line to the president, and Donald Trump Jr. is dating Kimberly Guilfoyle, a former Fox News personality who supposedly left the network amid allegations of sexual misconduct.

Neither the GOP nor Fox News will be on trial the way Trump will be. However, as the president’s chief enablers and, worse still, amplifiers, they bear responsibility for the current state of affairs. No matter what happens, don’t expect them to own up to it, though. Until there’s some major shift, demographic or otherwise, they will be happy to keep building their habitat in the fever swamps.

A city canceled its Christmas parade instead of banning Confederate flags