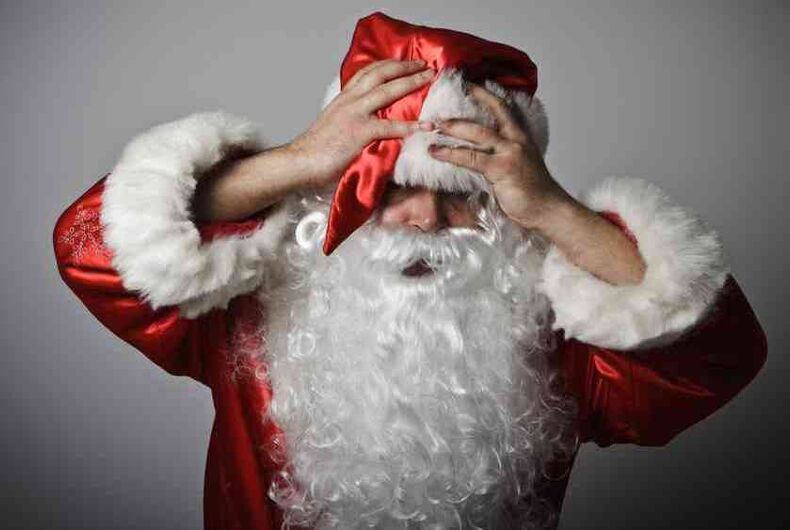 For the first time in 71 years, the city of Wake Forest, North Carolina has canceled its Christmas parade over fears that citizens may protest its inclusion of Confederate flags.

Town leaders worry that dozens of “extremists” will protest for and against the Confederate symbols, causing a potential security risk. Though town leaders said they have “credible” information that such protestors plan on attending, no actual threats have been made.

Bill Crabtree, a spokesperson for the city of Wake Forest, said that in past parades, members of the Sons of Confederate Veterans (SVC) and of the United Daughters of the Confederacy have marched without incident. Crabtree said about eight men and women wearing Civil War-era costumes would march while carrying the SVC banner, which incorporates a Confederate flag into its design.

Crabtree said that because the city government oversees the parade, it can’t discriminate against certain groups for fear of violating citizens’ First Amendment rights. However, the town plans on discussing whether to hand over the event to a private group that could create more specific criteria for participants.

Brandt contacted the town to voice her disapproval. The town had received several similar complaints and wrote back, “We are looking for a neutral solution to move forward to not only promote a safe and welcoming environment for all, but one that reduces the stigma that promotes hate and negative connotations.”

As the Washington Post pointed out, “The Confederate flag largely disappeared after the Civil War. The fight against civil rights brought it back.” The emblem of pro-slavery traitors to the U.S. was resurrected by Southern white supremacists who opposed Civil Rights-era legislation meant to integrate black people into white schools and neighborhoods during the 1960s.

Don’t wait on Hallmark. Here are a few LGBTQ holiday films you can already watch.