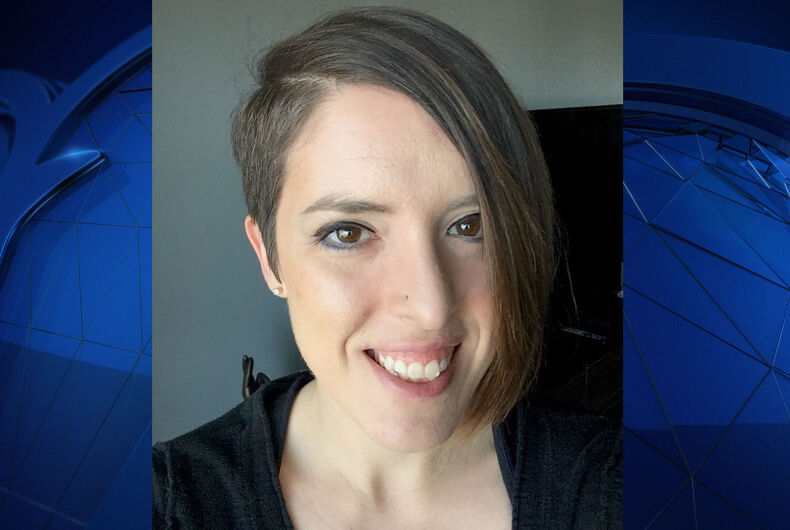 Texas teacher Stacy Bailey has won $100,000 from the school district that suspended her for showing photos of her then-fiancée to her students. After news of the settlement broke, Bailey announced that she will donate $10,000 to an LGBTQ charity for students. Her attorney, Jason Smith, said he will also donate $10,000 to the Human Rights Campaign.

Before her suspension, Stacey Bailey spent 10 years working at Charlotte Anderson Elementary in the Mansfield Independent School District (MISD). She even won two of the district’s Teacher of the Year awards.

In September 2017, the school suspended Bailey for having “ongoing discussions with elementary-aged students about her own sexual orientation, the sexual orientation of artists, and their relationships with other gay artists,” according to a press release from MISD.

MISD asserted that many parents were upset and that parents “have the right to control the conversation with their children, especially as it relates to religion, politics, sex/sexual orientation, etc.”

According to Buzzfeed News, one of Bailey’s lawyers, Giana Ortiz, argued that the school was lying on several points.

For one, Ortiz said just one parent had complained. She also disputed the press release’s claims that Bailey had been repeatedly told to stop speaking about her sexual orientation. Ortiz said Bailey was never given a directive to stop and never refused to follow one.

Bailey had also been fighting for the school to add nondiscrimination policies for LGBTQ students and teachers, though the school claimed that this push was not the reason for her suspension.

Many students and parents spoke out in support of Bailey, praising her teaching skills and asserting that she rarely spoke of sexuality.

After reaching the $100,000 settlement, Bailey said at a press conference, “If you are a school district that thinks you can bully a gay teacher out of their job, I hope you remember my name and I hope you think twice.”

Bailey also spoke about the need to allow gay teachers to speak openly with their students:

“When a straight teacher happily announces that she and her husband are expecting a baby to her elementary class, is she saying something inappropriate to very young and impressionable students? Is she announcing her sexual orientation? Is she presenting her life in a way that promotes her political beliefs? Of course not. She’s simply sharing facts about her life.”

Buzzfeed News reported that the settlement terms require the school district to remove Bailey’s suspension from her permanent record. MISD must also hold a vote on whether or not to add sexual orientation to its nondiscrimination policy, as well as hold mandatory staff trainings on LGBTQ issues.

Bailey was reassigned to an MISD high school eight months after her suspension from the elementary school. While she has thought about moving to teach in a more progressive area, she has decided to stay put and help bring about change where she is.

She hopes other LGBTQ teachers will follow her lead. “I challenge you to change the [school] you’re in,” she said.