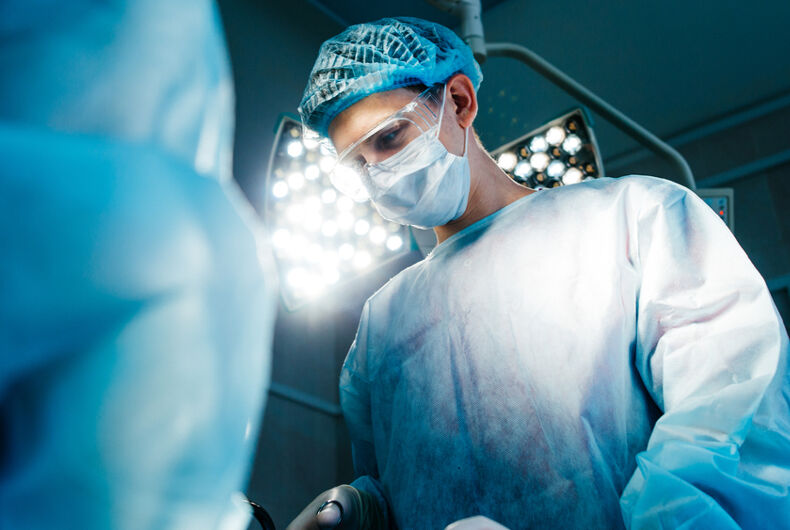 A 32-year-old doctor named Chad Jensen is suing the Brooklyn Hospital Center of New York City over claims that he suffered homophobic abuse from his supervisors after he came out as gay during his one-year surgical residency at the hospital. The hospital is defending itself against his claims.

Jensen said in his complaint that a supervisor called him a member of the “ATM” or “a**-to-mouth crew” after he came out and made other coarse jokes about him.

He also claims that Dr. Armand Asarian, the surgical residency program director, and Dr. Sandeep Sirsi, the associate director, “regularly made hateful, anti-gay comments about their gay patients and unscientific judgments that these patients’ own ‘lifestyle’ caused their illnesses,” according to the New York Post.

The harassment caused Jensen to leave the hospital before his one-year residency had concluded. Jensen’s lawsuit states that the hospital subsequently removed Asarian as director of the surgical residency program and forced Sirsi to resign after finding that Jensen “had been harassed because of his sexual orientation.” Neither man has responded to a media request for comment.

“It just reinforced all of those fears, essentially putting me back into those 29 years that I was living in fear, feeling like I couldn’t be myself,” Jensen said.

Jensen’s lawsuit seeks unspecified damages and mandatory anti-bias training for the hospital’s staff. The Brooklyn Hospital Center said it intends to “vigorously defend” itself from Jensen’s lawsuit and added that it does its best to create a “healthy and inclusive workplace environment.”

Jensen isn’t alone in alleging workplace discrimination based on his sexual orientation. A 2016 Center for American Progress survey of 857 LGBTQ Americans found that 52.8% reported that discrimination negatively impacted their work environment. The same survey showed that between 11% and 28% of gay and bi workers said they lost a promotion due to their sexual orientation.

Furthermore, Jensen’s is only one of many workplace sexual harassment suits involving men bothering other men.