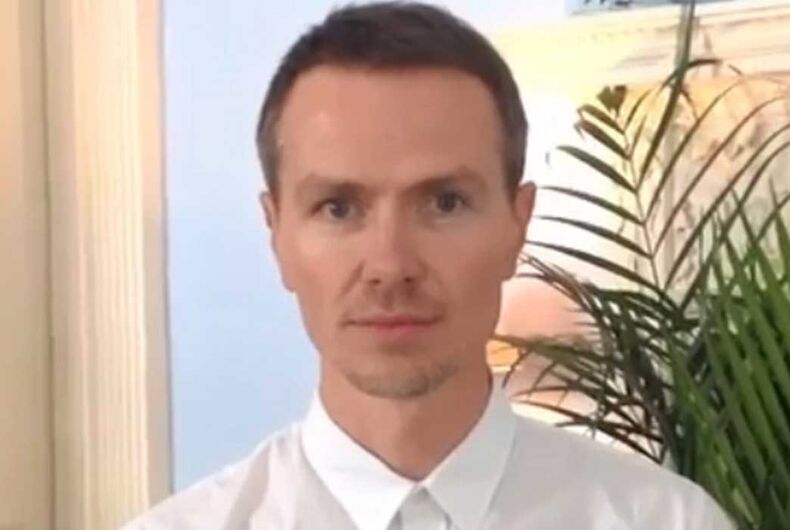 A group of six boys broke the nose and cheekbone of gay Irish author Gavin McCrea, 42, attacking him during his walk in a Dublin park on the evening of February 1, 2020. The attackers were all between the ages of 12 and 14.

The boys shouted slurs, threw stones, knocked McCrea down from behind, and then kicked and punched him in the face while he was down. The attackers remain at large as police seek additional clues about their identities.

According to The Irish Times, McCrea was on his phone talking to his uncle while walking through Dartry Park in the southern suburb of Rathmines.

McCrea had passed the Dropping Well pub when the attackers began shouting homophobic slurs at him.

“I know from very long experience, I’m 42 years old, to ignore this kind of thing,” he told Extra.ie.

Then they pushed him and threw rocks at him. McCrea tried alerting nearby drivers to get their attention and scare off his attackers.

His ploy worked at first, but 15 minutes later the young assailants found him wandering the nearby Dodder river path and attacked him again.

“Just before my mobile fell to the ground I shouted ‘Call the police, call the police’ into my mobile phone, and I think that made the attack much shorter than it might have been,” he said.

But the attack was so severe that he couldn’t use his phone because of all the blood.

A couple found him and called an ambulance that took him to St. James Hospital for his injuries, which included a broken nose and a fractured jaw.

He then alerted police, but so far authorities have made no arrests. They’ve asked anyone with information on the attack to contact them.

The author said that the public attention from the attack has made him uncomfortable. He had lived abroad for 20 years in other European countries after experiencing years of homophobic bullying during his youth in Ireland. He only returned to the country to serve as a writer in residence at the University of Limerick.

“I was bullied severely from the ages of 10 to 20, after which I left Ireland vowing never to return,” McCrea said. “Now I have and I am made revisit those old experiences. It has been quite intense. I say ‘revisit’ because the kids who beat me up were 12 to 14 years old, the same age as the kids in my youth. It gave me a bizarre feeling of deja vu.”

He also said he doesn’t know how the attackers knew he was gay. There “may have seen something in my dress or in the way I walked or the way I didn’t fight back that puts me into the ‘f****t box,'” he said, or maybe they didn’t actually think he was gay at all and they used anti-gay slurs as an insult anyway.