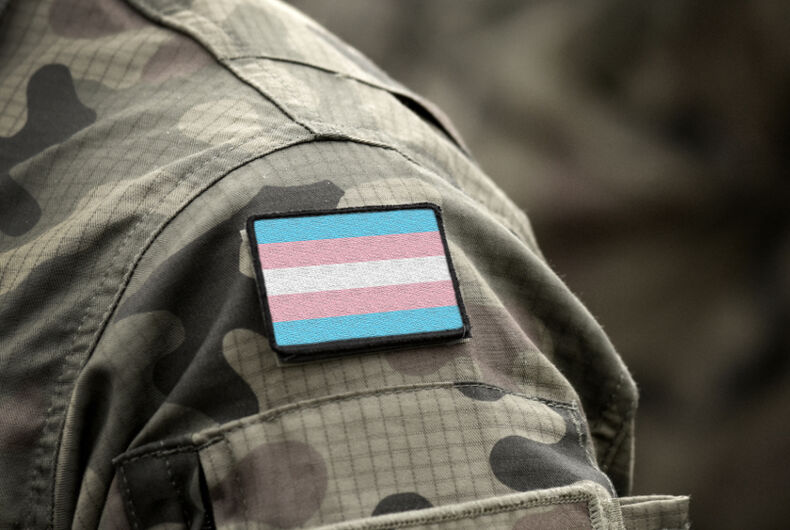 A Department of Defense-funded study from UCLA has found that 66% of cisgender military service members in all branches of the military broadly support the participation of transgender people in the military, effectively opposing Trump’s ban on trans service members.

This support poses a major challenge to one of President Trump’s main motivations for enacting the ban in the first place: the idea that trans service members have a negative effect on the rest of their units.

If you’re wondering why the Pentagon or Trump would’ve commissioned such a study, they didn’t. President Obama ordered the study in 2018 to examine support for his now-revoked decision to allow trans people in the U.S. military. Apparently, Trump didn’t realize this and let the study continue.

In 2017, Trump announced the military ban in a series of tweets that claimed trans people cause “tremendous medical costs and disruption.”

“What is the value of having transgender people in the military?” asked Army Capt. Alivia Stehlik. “Based on my experience first as a combat arms officer and medical provider, the answer is unequivocally that my transition — and so many others — has dramatically increased the readiness and lethality of every branch of the armed forces.”

“That speaks to the importance of diversity in the armed forces,” one of the authors of the study, Dr. Ian Holloway, told Gay City News, “and there have been some concerted efforts to increase representation in the military.”

The beliefs represented in this study also align with the beliefs of the general population. A 2019 Gallup poll found that 71% of Americans support trans people in the military, with Republicans being the least likely to support them.

What is pansexual? What is the difference between pansexual and bisexual? We got answers!