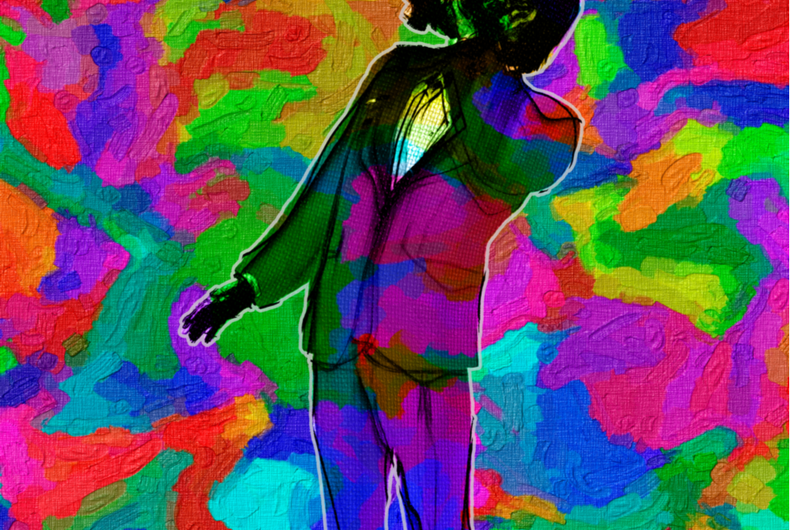 Black LGBTQ people have profoundly shaped American culture — and yet, it’s rare to see their full identities acknowledged. In Black spaces, revolutionaries like Angela Davis and James Baldwin are celebrated for their pro-Black activism while their queerness is left out of the conversation. On the other hand, The Stonewall riots were incited by queer and trans people of color but until recently, remained symbolic of a gay rights movement that was primarily white.

By compartmentalizing the racial and sexual identities of key historical figures, we remain unable to form a holistic view of American history.

Related: The revolutionaries behind the Black LGBTQ hip-hop movement

One example of this is our perception of the Harlem Renaissance as a Black cultural era, and not equally as a queer era. Black queer people were responsible for a lot of the art, entertainment, and literature that came out of the Harlem Renaissance. In fact, the particular contexts in which they lived were uniquely able to push LGBTQ+ visibility and community development forward.

Queerness was overt during the Harlem Renaissance in a way that is so often disregarded. The social landscape was a safe space for queer expression and love. There was a Nella Larsen, who wrote queer longing into her novel Passing. Another writer, Alice Dunbar-Nelson, openly dated women throughout her two marriages to men, and the queerness of blues music and entertainment of the time in general was especially influential. The genre achieved huge success in the Black community, despite condemnation from Black elites and preachers.

Blues lyrics were allowed to be sexually permissive and vulgar. It was difficult to tell if singers were speaking about their own experiences or acting. OG blues songs were frequently recycled and lyrics were even borrowed from other artists. This meant that there was an extra degree of plausible deniability and queer content could go undetected or unexplained.

Blues performers also ignored traditional ideas around being proper or feminine. Popular blues singers like Bessie Smith, Ma Rainey, Gladys Bentley, and Ethel Waters were all lesbian or bisexual, and many of them were open about it.

As per usual, blues music was eventually appropriated by white society. A byproduct of that was white people also being exposed to the messages and culture behind the music. The blues became a tool for introducing society at large to Black, lesbian, bisexual, and transgender experiences. Some of these same Black performers attained huge mainstream visibility.

Racial politics around purity and sexuality allowed Black blues women to portray themselves as explicitly sexual beings, unlike their white counterparts. They were also given more room within the entertainment industry to showcase their queer personas. They challenged the gender politics implicit in other cultural representations of marriage and love.

As a result, the social landscape in Harlem became incredibly queer too. New queer communities and spaces sprang up around Harlem, including house parties, gay clubs, drag balls, and cabarets. Harlem’s 133rd Street was called ‘Jungle Alley,’ because there were so many nightclubs there.

White audiences started attending Harlem cabarets, drag balls, and gay clubs. By existing within Black communities and consuming Black queer entertainment, they had to participate in and be involved in Black queer communities. Thus, the Harlem Renaissance and the Blues genre helped shape mainstream communities. It allowed white people to experience sexual and racial differences. They were forced to reexamine their notions around sexuality and meet people who fell outside of gender and sexual norms. Effeminate men were labeled as “pansies” and masculine women as lesbians in what was titled the Pansy Lesbian craze. And participation in this so-called craze was symbolic of the upper class. It led to the growth of new, underground, white LGBTQ+ enclaves.

Arguably, without the queerness of the Harlem Renaissance, LGBTQ people of all races wouldn’t have had the same visibility and wouldn’t have been able to find community and organize the way they did. And it’s important to have these conversations so we can develop a more inclusive and representative idea of our history.