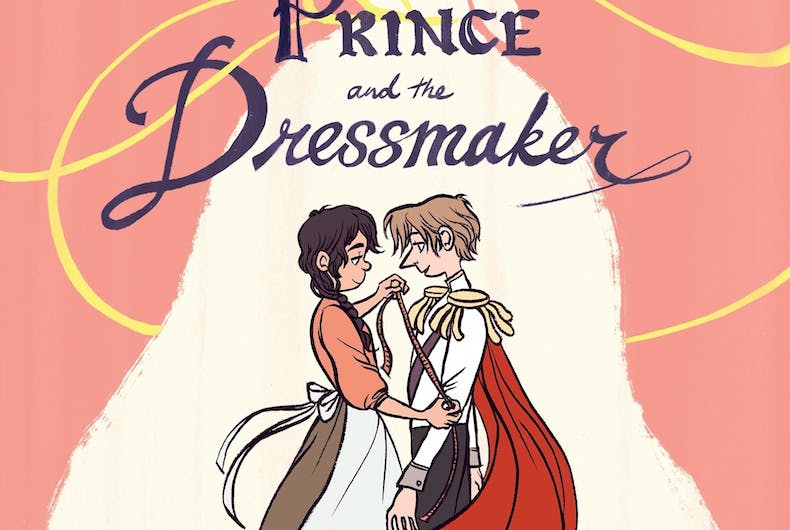 The Prince and the DressmakerPhoto: Provided

The songwriters behind Disney’s Frozen have announced their next project will be the movie musical adaptation of an award-winning graphic novel about a genderqueer prince. Academy Award winners Kristen Anderson-Lopez and husband Robert Lopez (Frozen, Coco, Frozen 2) are working on a movie musical adaptation of Jen Wang’s 2018 The Prince and the Dressmaker, they told Playbill.

Set in Paris at the dawn of the modern age, the book tells the story of 16-year-old Prince Sebastian, whose parents are hoping to find him a suitable bride. He isn’t interested, however, and knows his love of wearing dresses will make him an unsuitable match. He finds support in one loyal servant and in Frances, a dressmaker with dreams of her own.

She helps Sebastian become Lady Crystallia, who goes out on the town and is soon a fashion trendsetter. Will keeping Sebastian’s secret mean her own dreams must be put aside, though? Will Sebastian bow to family pressure?

Prince Sebastian, as portrayed in the book, feels genderqueer or genderfluid, but is never labeled, which feels right for his self-conception and era. “Some days I look at myself in the mirror and think, ‘That’s me, Prince Sebastian! I wear boy clothes and look like my father.’ Other days it doesn’t feel right at all,” he says.

The relationship between Sebastian and Frances is enchanting, too, even through ups and downs, as these two young people navigate the shoals of family, friendship, social expectations, societal change, and being true to themselves. Frances is fully realized in her own right, and not just a foil to Sebastian.

The Lopezes will be partnering with producer Marc Platt and Pulitzer Prize finalist Amy Herzog (4000 Miles) to create the adaptation for Universal Pictures, which acquired rights to the story in 2018. No release date has been announced.

The book delighted me when I first reviewed it, and I am absolutely over the moon to hear that it will likely be the first children’s feature film to star a queer protagonist. (“Likely” only because we don’t yet know the timeline for production; it’s possible some other film could get there first.)

Disney’s Pixar just days ago said that its upcoming film Onward would include a clearly LGBTQ character, but she’s a minor character who appears in only one scene. I’ve said for a long time that we need queer characters to have more than just brief moments in children’s media. A movie of The Prince and the Dressmaker, backed by some of the premier names in children’s entertainment today, seems like a brilliant move in the right direction.

There are certainly plenty of other children’s books with LGBTQ protagonists that would make great films or TV shows. Your move, Disney.