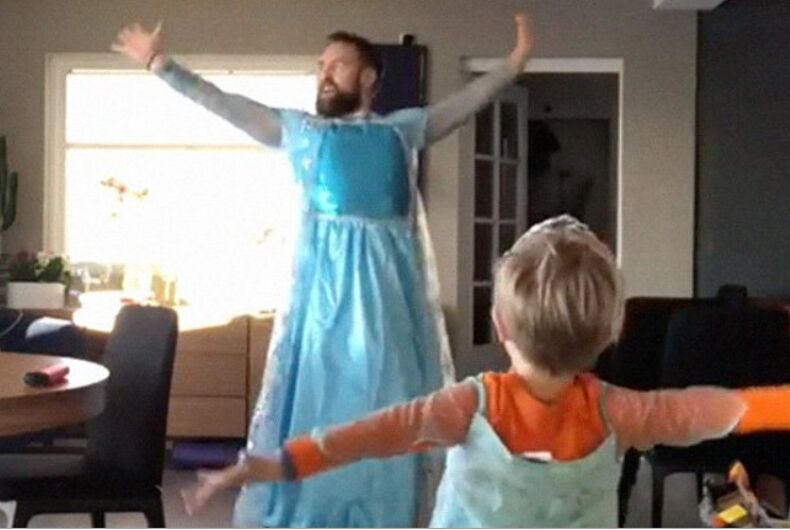 A video of Norwegian comedian Orjan Buroe dancing in a dress with his son has gone viral.

Buroe posted the video to Facebook with the words “mom is gone, no stress.”

In it, both dad and son are wearing dresses similar to what Elsa wore in the 2013 Disney film Frozen, and they’re dancing to that movie’s song “Let It Go.”

mom is gone, no stress💞

The song was about Elsa deciding to no longer hide her magic powers, to let go of the stress of keeping a secret.

Almost 40 million people have viewed the clip so far, and it has been shared almost half a million times.