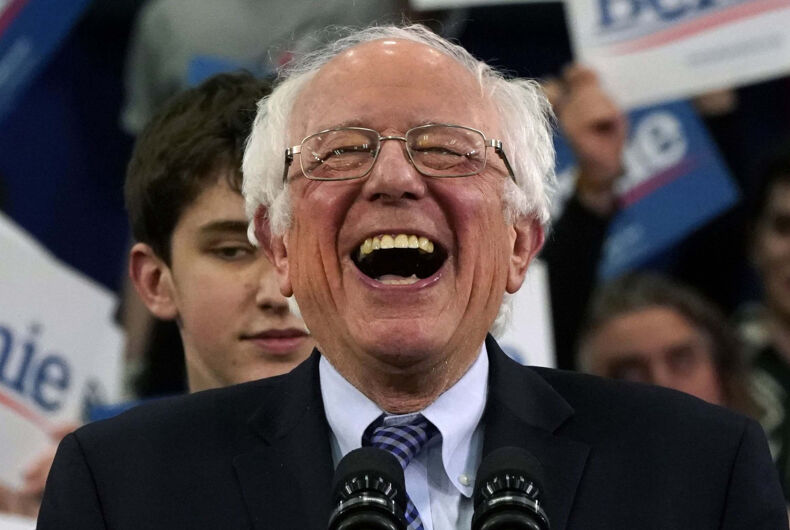 Ironically, it will take a democratic socialist movement to prevent the current capitalist system, lacking in oversight regulations, rife with corruption and influence-peddling vastly favoring the super-rich, from imploding onto itself. It will compel the United States to live up to its overriding promise that anyone can succeed depending on their motivation and talent.

Democratic socialism is not a magic panacea or unattainable utopian vision from a futuristic film. Instead, it provides a concrete foundation to lift our nation from the ever-widening social and economic abyss in which we find ourselves.

Young people, especially those steeped in history – or possibly protected from its murky shadows – can educate their elders who grew up in earlier generations when “socialist” was thrown around as an evil epithet.

The type of democratic socialism proposed by Sen. Bernie Sanders (I-VT) is completely dissimilar from the freedom-killing National Socialism ruthlessly imposed by the Nazis or the ruthless socialism of Venezuela. Rather, the version outlined by Sanders resembles the social and economic systems of Scandinavian countries.

While not referring to herself as a “democratic socialist,” Sen. Elizabeth Warren (D-MA)  has articulated similar plans.

No country in the world today stands as a fully socialist state, but some of the most successful economies combine elements of capitalism with socialism to create greater degrees of equity and fewer disparities between the rich, the poor, and those on the continuum in-between.

This year, the Organisation for Economic Co-operation and Development conducted its “Better Life Index” to determine the “happiest countries in the world,” according to its residents. Based on an 11-measure survey assessing quality of life, including housing, income, jobs, community, education, the environment, health, work-life balance, and life satisfaction, all of the Scandinavian countries reached the top ten.

The United States did not make the cut but came in at 17 (down two places from the previous year). We might do well to look to these countries for some of their Socialist policies that sustain high levels of quality of life issues for their residents.

“Socialism” No Longer an Epithet?

In his second State of the Union Address in 2019, President Donald Trump set a major theme for his 2020 Presidential bid by throwing out the red meat of Socialism to his base – characterizing it as an anti-American freedom-killing political philosophy.

Many on the political right have established the false binary of capitalism on one side and socialism on the other. But when we get beyond the fear and false generalizations, is socialism really so “anti-American?”

Even before the Cold War and McCarthy Era, the political right has flung the term “socialist” into the faces of their political opponents to discredit their characters, dismiss their political ideas and policies, and sway the electorate toward a conservative agenda.

The type of democratic socialism proposed by Sanders and Warren include policies to protect and enhance our Social Security, Medicare, and Medicaid safety nets. It advocates for the further nationalization of our forests and mountains rather than allocating increased corporate mining, drilling, and timber rights.

It provides quality education throughout higher education in public colleges and universities. It advances a government-sponsored program that guarantees our seniors a retirement system that ensures a high quality of life free from economic burdens.

It mandates effective governmental regulations on food producers to safeguard our food supply and protect against the maltreatment of animals, and on corporations, companies, and individuals to defend our environment.

It supports clear restrictions on the political process to prevent mammoth contributions by individuals and corporations to buy and own politicians and influence public policy while locking out individuals unable to amass large political funds.

Democratic socialism challenges a prison industrial complex that perpetuates the racial and socioeconomic class inequities pervasive throughout the society.

It contests and advocates for effective restrictions on the so-called “free market” economic system that enables the creation of mega monopolies, outsourcing jobs, and inhibits the development of clean renewable energy technologies.

Democratic socialism demands a true progressive tax structure where everyone pays their fair share, one that inhibits massive inequities in the overwhelming accumulation of wealth by the top one percent of the nation as is currently the case.

It will take more, though, than a President to do this. It will take Congress to propose and pass legislation and the courts to maintain policies and regulations making the capitalist system more equitable and sustainable.

Yes, it will take a democratic socialist movement to save capitalism from itself. Whodathunkit?

Commentary
Bernie Sanders, Elizabeth Warren, what is a democratic socialist