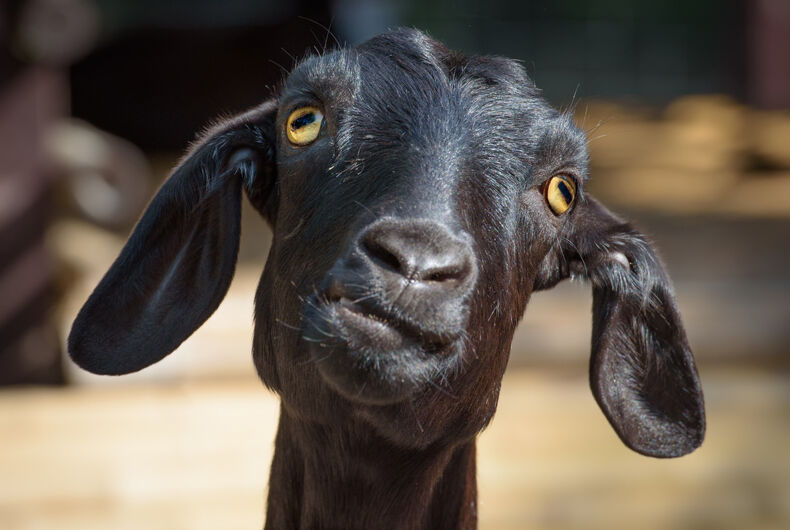 Forget Starbucks, the religious right has a new target amongst the elite, liberal organizations that make their lives a living hell. This time it’s… 4-H.

That’s right, the favorite club for farm kids and pie connoisseurs is too liberal according to Christian conservatives. Why? The group is considering an update to their nondiscrimination policy that would specifically welcome LGBT youth and volunteers.

The group, which is hosted by Iowa State University, put out a draft policy and asked for feedback on it. Enter the Family Leader, a far right Christian group, is trotting out the scare tactics and revving up their sheeple for attack.

“Iowa 4-H does not discriminate on the basis of race, color, age, ethnicity, religion, national origin, pregnancy, sexual orientation, gender identity, genetic information, sex, marital status, disability, or status as a U.S. Veteran in any of its programs or activities,” the organization wrote on their website as they solicited feedback.

“At the encouragement of the USDA, Iowa 4-H is reviewing a preliminary draft guidance regarding LGBT Youth and Volunteers… The preliminary draft guidance is not final and will not be implemented until the review process is completed. Any final guidance issued will consider the comments received, as well as Iowa State University policy, State and Federal law, USDA guidance on these issues, and input from our campus, State, and local community partners. ISU Extension and Outreach is dedicated to creating a safe and inclusive atmosphere for all Iowa youth participating in 4-H programs and activities.”

The Family Leader, however, frames it differently.

“ISU is looking to implement a new policy for Iowa’s 4-H clubs that would dictate: 1. Men who claim to be women (without any medical or legal verification) must be allowed to bunk with 4H girls on overnight trips, 2. Men who claim to be women must be allowed access to girls’ bathrooms and locker rooms and 3. Local 4-H clubs must overrule parental “objections or concerns” to enforce the transgender policy,” the group wrote on their Facebook page.

Challenged by a commenter on Facebook on how many transgender people had assaulted children in the restroom, the group tried to dodge and weave rather than answer the question. (Hint: the answer is “none.”)

“The issue doesn’t have anything to do with transgender folks. The issue is a pedophile (statistically, these are most often straight men) need only claim to be transgender to be given access to girls in vulnerable situations. And this a practice already seen and widely reported when these transgender policies are put into place without regard for women and girls’ safety and privacy.”

Lying for Jesus is a common theme amongst these anti-LGBT organizations. The “practice” of male rapists pretending to be transgender so they can molest little girls has not been “widely reported when these transgender policies are put into place,” because, well, it hasn’t happened. There are no reports.

The proposed policy would match Iowa’s civil rights laws and the Iowa Department of Education’s guidance on transgender students.

Now that the comment period has ended, a committee will look at the feedback and make a determination that matches with state law and federal guidelines. They say comments from youth will weigh heavier than those from blue haired church ladies.

Support for transgender issues and people is highest amongst youth.

Iowa 4-H transgender policy? You have until FRIDAY to make public comment!ISU is looking to implement a new policy for…