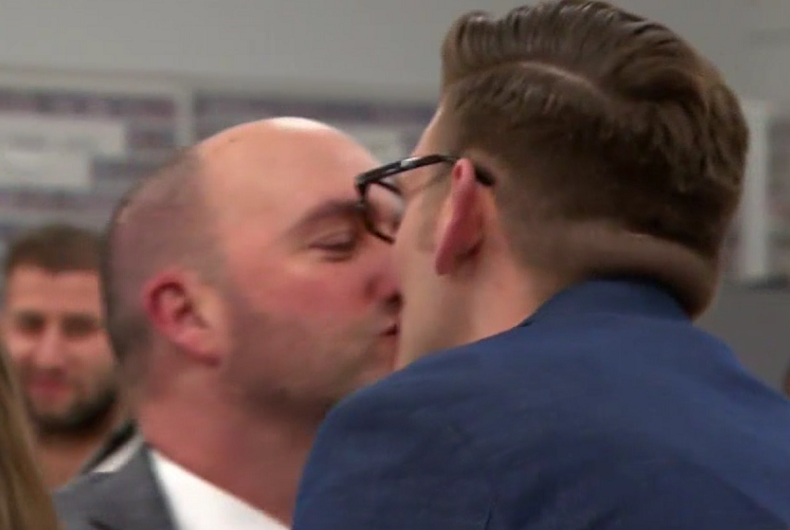 A gay teacher in Illinois was told not to talk to his students about his husband, but the community rallied around him.

Nathan Etter is a music teacher at Prairie View Grade School in Burlington in northern Illinois. On Valentine’s Day, received flowers at school.

The students asked who sent him flowers and he answered honestly: his husband.

“There were first-grade responses, such as ‘ew’ or ‘gross,'” Etter said. “I said, ‘No friends, we’re not going to have that response, because that’s not showing respect.'”

One of the children’s parents took issue with their child being told not to call a teacher “gross” and complained to the school. The principal then had a meeting with Etter and told him to “stick to the curriculum.”

“This would have never happened if Nathan received flowers from his wife,” his husband Philip said.

Jeff Kellenberger, the school board president, said that Etter’s employment was never in jeopardy, but he and his union disagree. The vice president of the teachers union sent an email to all faculty saying that “school leaders treated Mr. Etter in a discriminatory manner.”

This past Monday, the school board was going to hear about the issue and parents and teachers rallied for Etter before the meeting.

About 100 people gathered before the school board meeting with signs that said things like “Respect for All” and chanting “Inclusion and diversity is more than just a policy.”

Eric Nolan, a parent with two kids at the school, attended the rally and said, “Silence is not neutral.”

At the meeting, Etter expressed his concerns and got a standing ovation from those in attendance.

The administration, though, didn’t seem to understand what the problem was.

“While we appreciate the support shown to Mr. Etter, he was not treated unjustly,” Kellenberger said at the meeting. “There is nothing to protest here. We are with you.”

Superintendent Todd Stirn also said that he was “surprised” by the rally.

Stirn has invited Etter to talk about the matter in private.