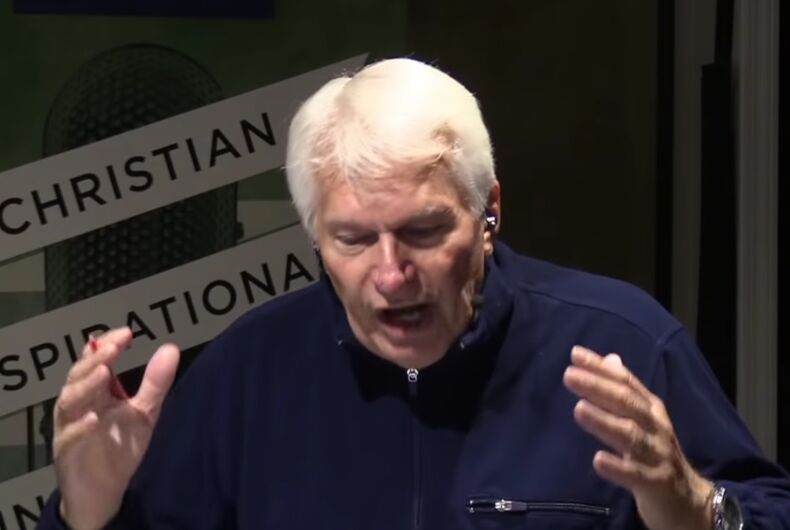 A prominent Christian conservative has said that South Bend Mayor Pete Buttigieg would make a bad role model for children because he’s gay, and therefore people should vote against him.

On his radio show, he said that Pete Buttigieg would make a bad president because he wouldn’t be a good role model to children because of his “sexual conduct.”

Get ready to start seeing lots of Trump-loving evangelicals insist that Pete Buttigieg can't be president because he would be a terrible "role model for America's children." pic.twitter.com/ly7Px4J0wN

On Twitter, some people noticed that if Fischer is really worried about presidential sexual conduct, he doesn’t have to look at possible future presidents….

But they have no problem with trump and his pu$$y grabbing. Do they think kids haven’t heard about that? Or it’s just not a problem for them?

Because Trump's sexual conduct is something I def want my children imitating.

Since Buttigieg has shown that he’s a viable candidate at the Iowa caucuses, he may face more homophobic attacks from the right.

In a column, he said that Buttigieg is a “sodomite” and is too “effeminate” to be president, renewing his attacks on the him.

“A woman ran in 2016 for the Democrats and lost,” Bieszad wrote. “Right now, it appears that the sodomite Buttigieg is being promoted, but he is highly effeminate and it is very likely he will be crushed by Trump in 2020 should he be nominated.”

Black history is now. I’m part of it & so are you.