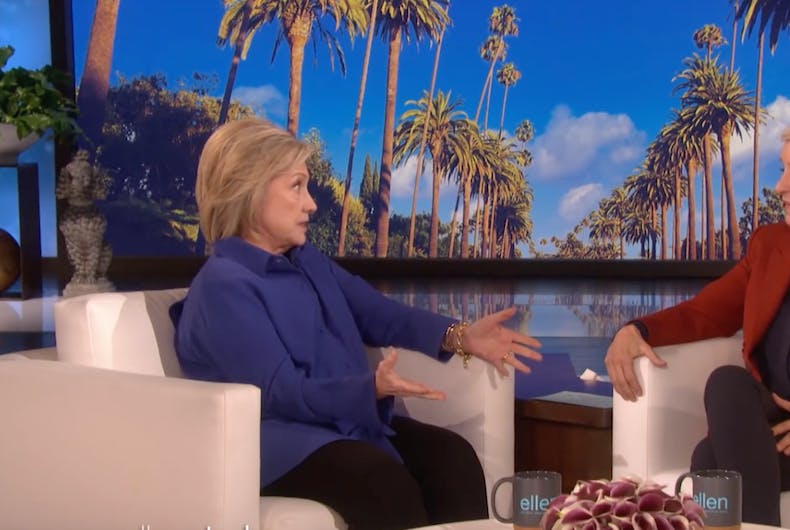 Clinton has firsthand experience with Trump’s abuse and tendency to use the highest office in the nation to bully and intimidate American citizens.

After Republicans abdicated their duty, Clinton tells DeGeneres that the only recourse is for American voters to put Trump – and the Senators who voted to acquit an obviously guilty man – out of office.

When Ellen asked for Clinton’s thoughts on the results, she gave kudos to a different presidential candidate, Sen. Mitt Romney (R-UT). Romney voted in favor of conviction on the charge of abuse of power; he was the only Republican to cross party lines in the partisan vote to exonerate Trump.

“I wasn’t surprised,” Clinton replied. “It’s hard to get 67 votes to convict and remove somebody. But I was still disappointed that not more Republicans were willing to take the stand that Mitt Romney took.”

“So we’re not moving on, but I hope that voters and Americans of all political stripes actually pay attention and say to themselves, ‘Hey, you know, he has to be held accountable.’ And now the way to do that is in the election.”

Clinton also offered up some tips to undecided voters who are trying to make an informed decision on who to vote for that are worth sharing.