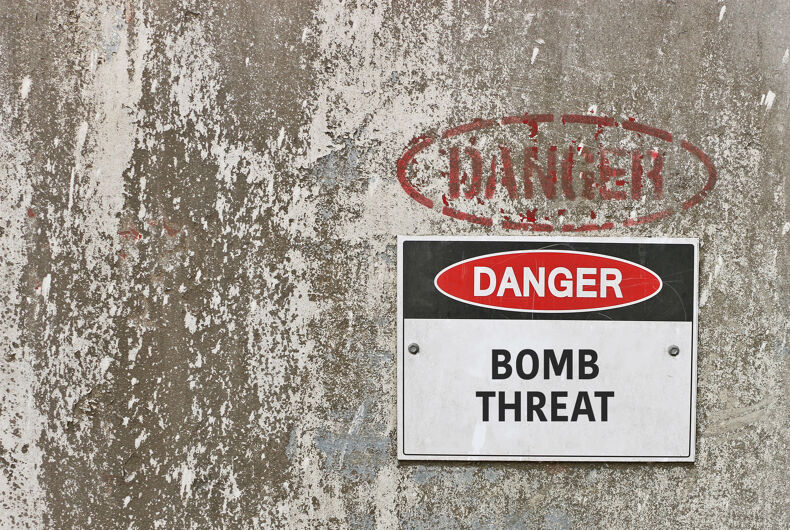 A two-count indictment has been returned against a California woman accused of calling into a Washington, D.C. high school and threatening to bomb them. The threats were made against the Georgetown Visitation Preparatory School after they announced they would include announcements regarding same-sex marriages in its alumni publication.

Sonia Tabibzada has been arrested and will face trial in a District of Columbia court. She will remain imprisoned until at least her next hearing, a judge ruled.

Related: Terrorists planted a bomb in their gay brother’s luggage because he brought “shame” to the family

Threats were called into the all-girls, Catholic school in May 2019, after their President emerita Mary Berchmans wrote a letter informing families of their recognition of same-sex marriages in their magazine.

“Beginning with the fall issue of our alumnae magazine, we will publish news of our alumnae’s same-sex unions, along with all updates our alums choose to share with their classmates,” Berchmans wrote in the May 13 memo that went to nearly 500 students’ homes. “…it is equally clear in [the Bible’s] teaching that we are all children of God, that we each have dignity and are worthy of respect and love.”

The school received two calls in the early morning hours before, both leaving voicemail for the school and promising to “f**king kill your kids” and bomb the accompanying church over their policy.

“I’m going to burn that f**king church, I’m going to bomb it, b***h! I’m going to f**king kill you guys. I’m going to send my f**king soldiers, motherf**kers,” one of the messages said. “I’m gonna f—king blow up the school and call it a mission from God.”

The federal charges were filed on December 6, but were finally unsealed on January 3. Tabibzada has plead not guilty.

“Count One charges Tabibzada with intentionally attempting to obstruct persons in the enjoyment of their free exercise of religious beliefs through the threatened use of force…Count Two charges Tabibzada with threatening to kill, injure, and intimidate school officials and threatening to unlawfully destroy a building by means of fire or explosive device,” the U.S. Attorney’s Office of the District of Columbia announced.

Visitation Prep reports that Tabibzada is not an alumnus of the school, so it remains unclear how the policy would have affected her. Meanwhile, her lawyer Carmen Hernandez defended her client by telling The Daily Beast that the prosecution of this case is “out of the ordinary” f. “It’s not like she cried fire in a crowded theater,” she’s reported as saying.

The attack on a Planned Parenthood clinic is an assault on LGBTQ rights, too

NFL coach Katie Sowers wins this weekend, both on screen and sidelines