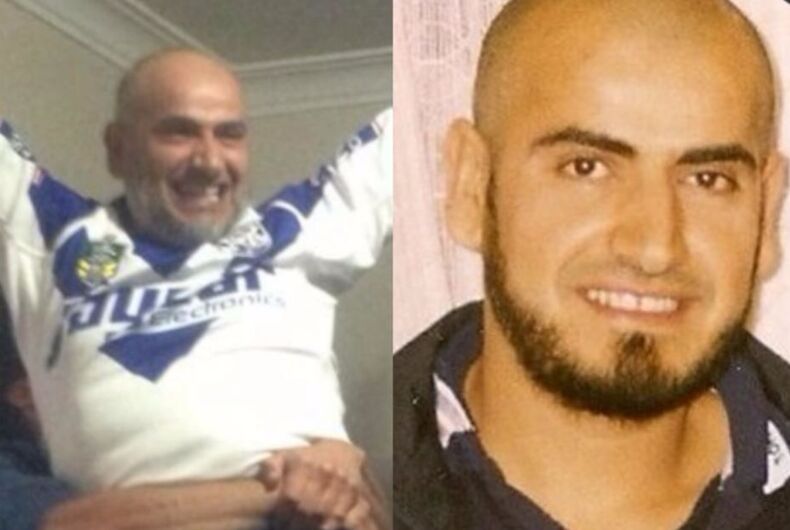 Terrorists – who tried to kill everyone on a plane by using their gay brother to carry a bomb – have been found guilty of conspiring to prepare or plan a terrorist act.

And the judge said that they targeted their brother because being gay brought “shame” to the family.

Investigators believe that Khaled Khayat and Mahmoud Khayat took a bomb filled with poisonous gas that they received from their older brother Tarek Khayat and put it in the luggage of their gay brother Amer Khayat before his Etihad flight from Sydney to Abu Dhabi in July 2017.

The bomb was hidden in a meat grinder, and it would have made it onto the plane if the bag wasn’t found to be overweight at Sydney Airport. When the attendant told Amer to remove some items, Khaled took the meat grinder out of the suitcase because he was worried about getting caught.

But they were caught and convicted at the New South Wales Supreme Court. And, in the meantime, Amer was held in a Lebanese prison for two years before being found not guilty of involvement in the plot by a military court in September.

Justice Christine Adamson sentenced Khaled to 40 years in prison and Mahmoud to 36 years.

She said that the brothers were “not particularly close to Amer.”

“Neither offender was particularly close to Amer, although each said he loved him as a brother and spoke to him when he saw him,” she said.

“They disapproved of him because he drank, went clubbing, gambled, and was gay, which they regarded as bringing shame on the family.”

Khaled and Mahmoud, according to the court, were not very religious and did not attend mosque regularly, although they did pray five times a day.

But investigators believed that they sympathized with their brother Tarek, who fought for ISIS in Syria. They believe Tarek and another person who is not in the family came up with the plot to put a bomb on the plane, but they depended on Khaled and Mahmoud to actually put the bomb in Amer’s luggage, which Mahmoud told him was a gift for family, according to WhatsApp messages.

Adamson said that Mahmoud and Khaled felt “a family and religious obligation to help Tarek” to carry out the plot.

“Although their sympathies were with Islamic State because of their family and religious connection, I doubt that either was prepared to become a martyr to the cause,” she said.

Even though their plan was thwarted, Adamson said that the intent to kill everyone on the plane added “significantly to the gravity of the offense.”

“If the plots had gone according to plan, no one in the aircraft carrying the bomb and no one exposed to the poisonous gas would have survived, and no one would have had time to say goodbye,” she said.

Khaled and Mahmoud maintain their innocence and say that they are planning to appeal the conviction.