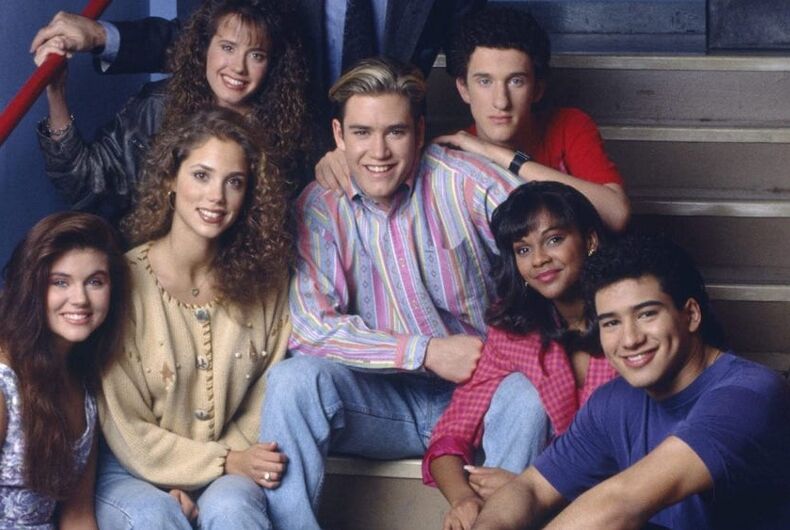 The original cast of the '90s teen series "Saved by the Bell"Photo: NBC

Transgender actress Josie Totah has been cast in the upcoming reboot of the ’90s-era teen dramedy series Saved By the Bell as Lexi, “a beautiful, sharp-tongued cheerleader and the most popular girl at Bayside High who is both admired and feared by her fellow students.”

Reports haven’t revealed whether Totah’s character will be cisgender or trans, but her casting in a lead role still represents a step forward in mainstream TV and especially groundbreaking in a show targeted towards a predominantly teenage audience.

It’s unclear when the reboot will air.

Totah, who previously acted in multiple television shows under the name J.J. Totah, began her career as a child actor on the Disney Channel show Jessie. She appeared in four episodes of Glee as the youngest member of the New Directions and had a starring role in Mindy Kaling’s short-lived NBC comedy Champions as Michael, an outspoken 15-year-old who made non-stop theater references, was somewhat prissy, and naively viewed New York as a magical city.

Torah came out as a transgender woman in an August 2018 article for Time. She wrote that she felt “like I let myself be shoved into a box,” adding, “I realized over the past few years that hiding my true self is not healthy. I know now, more than ever, that I’m finally ready to take this step toward becoming myself. I’m ready to be free.”

Crowds are killing travel. We have a proven solution.