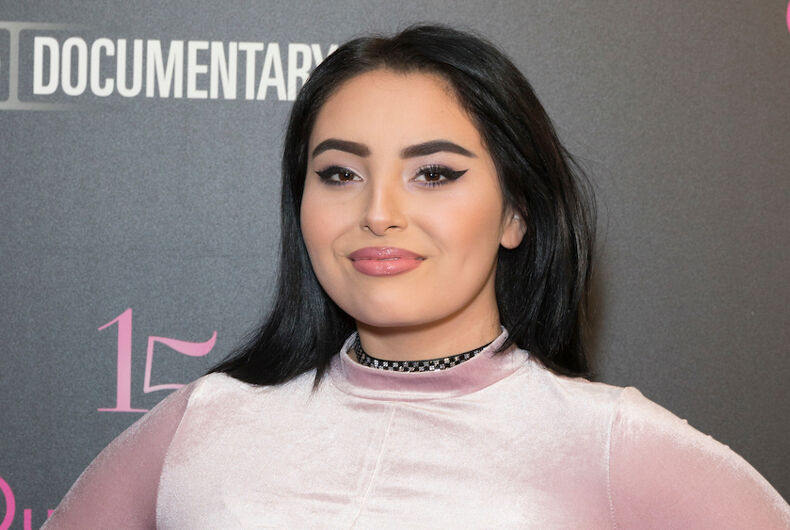 The witchy 1996 cult favorite “The Craft” is getting a modern-day remake, and transgender Latinx actress Zoey Luna will be one of the four young women in the film’s coven, alongside Gideon Adlon, Lovie Simone and Cailee Spaeny.

The 1996 film followed four misfits who begin dabbling in witchcraft to improve their looks, love lives and social standing at their Los Angeles parochial high school. Their magical connection starts to unravels when certain members begin using their powers for vengeance, leaving the others to reap the dark magic’s consequences.

Related: Not into documentaries? Here are 5 films based on LGBTQ history that will grab your attention.

The female-led cast, themes of empowerment and supernatural horror vibe made the 1996 a sleeper hit and ripe for a re-make, especially in the #MeToo era.

Luna starred in a 2017 short documentary entitled “15: A Quinceañera Story” which followed the real-life preparations for and celebration of her 15th birthday. The film explored Luna’s pride living as a trans Latinx teen while other trans Latinx women helped her prepare for a loving celebration that they didn’t experience as young people. Luna also appeared in Ryan Murphy’s trans-focused dramatic TV series “Pose” as a character named Lacey.

It’s unclear if Luna’s character will be transgender in “The Craft.” If so, her character could be one of the first-ever potentially positive representations of a trans female in a horror film.

“The Craft” remake will be produced by Blumhouse, the movie creator behind other political horror flicks like the racially charged “Get Out,” the family abuse allegory “Oculus” and the classist slaughter series “The Purge.” Blumhouse also produced the 2015 “Jem and the Holograms” based on the beloved ’80s rock-and-roll cartoon series as well as HBO’s “The Normal Heart,” an ’80s HIV biopic written by longtime activist and author Larry Kramer.

What does queer mean? Well, there’s no one definition.