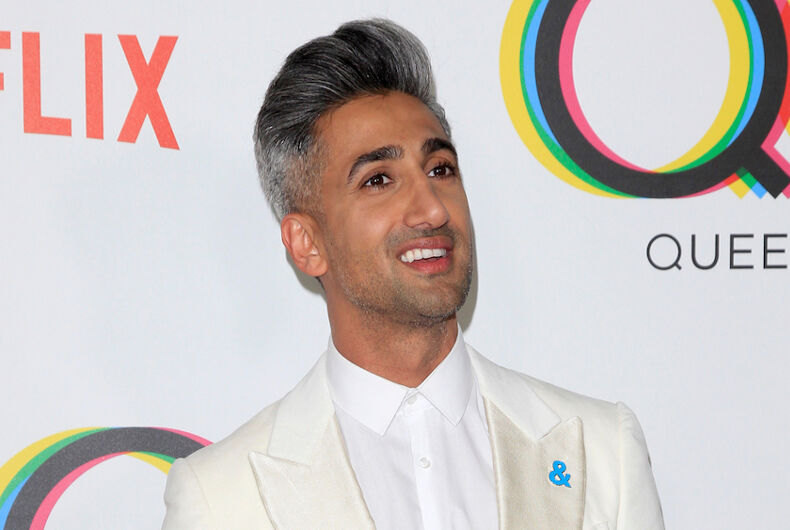 Tan France will appear on Season 3 of the celebrity-studded "Great Stand Up to Cancer Bake Off"Photo: Shutterstock

Tan France, the 36-year-old “fashion guy” from the Netflix makeover show Queer Eye, will compete in the upcoming celebrity-version of The Great British Bake Off known as The Great Stand Up to Cancer Bake Off.

The wildly popular baking reality competition known for its super-friendly competitors and mouth-watering pastries will feature France alongside other U.K. celebrities raising money for Stand Up To Cancer, a campaign spearheaded by Cancer Research U.K. and Channel 4, the channel that broadcasts The Great British Bake-Off.

France makes an understandable addition to the GBBO line-up; he was born in Doncaster, England before becoming an international name.

He’ll be baking alongside award-winning actor Richard Dreyfuss (who has done lots of work on the English stage), English singer-songwriter James Blunt, Australian pro-tennis player Johanna Konta, and 16 others.

The five-episode fundraiser will be co-hosted by lesbian comic Sandi Toksvig and her mischevious co-host Noel Fielding, a comedian who found himself accused of homophobia in September 2017 when he posted an image joking about an implied gay sexual relationship between he and GBBO co-judge Paul Hollywood. Fielding never publicly commented on the backlash to the photo.

The 2019 installment of The Great Stand Up to Cancer Bake Off also included gay actor Russell Tovey.

The show has also featured a handful of lesbian competitors including season 4’s Ruby Tandoh and season 8’s Chuen-Yan Tsou.

Crowds are killing travel. We have a proven solution.