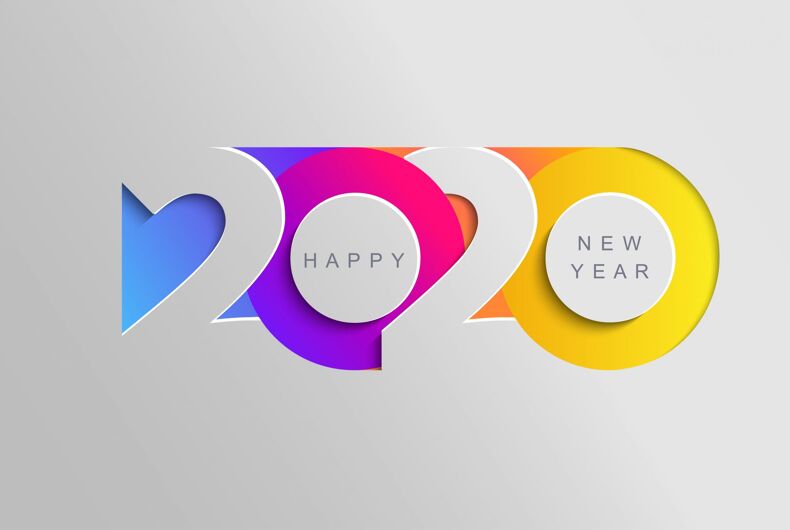 It’s a new year (and a new decade), so it’s time for new resolutions. Few years have as much riding on them as 2020. Either we will get rid of Trump and start repairing the damage he’s wrought, or we will be stuck with an unfettered orange man for another four years.

The stakes are high, so the resolutions should match them. Here’s are some things that we’re promise to keep in mind as the months go by.

Don’t freak out when the Senate acquits Trump.

As sure as the sun rises in the east, the Republican-controlled Senate will vote to acquit the president of the impeachment charges against him. GOP Senators have already signaled that their minds are made up.

In the words of Trump-lover Lindsey Graham, “This thing will come to the Senate, and it will die quickly, and I will do everything I can to make it die quickly.”

That doesn’t mean that the process was in vain. But just like the Mueller Report, impeachment was never going to be the mechanism for removing Trump from office. That opportunity happens on November 3. So don’t get dejected when Trump gets to stay in office. With any luck, it will just be for a few more months.

The Supreme Court is already tilted toward conservatives. But if another justice decides to leave the bench voluntarily or otherwise, the results would be a solid right-wing block that would do everything to erase LGBTQ progress. The justice whose health is most open to speculation is Ruth Bader Ginsburg, a reliable liberal vote.

Last year, Ginsburg was hospitalized for a stomach bug; more seriously, in 2018 she underwent treatment for lung cancer and pancreatic cancer. At 85, the Justice is remarkably resilient, and she’s indicated she intends to stay on the bench as long as she can.

But if she falters, Republicans will ram through another right-wing nominee, disregarding the supposed respect for voters they used to block Merrick Garland’s nomination.  We need Ginsburg to stay healthy, at least until a Democrat can choose her replacement. If you can’t send vitamins, send chicken soup.

Resolve not to talk smack about Democrats.

Everyone’s favorite pastime is trashing Democrats. It’s even the Democrats’ favorite pastime. But with the stakes so high, grousing about policy differences that are a matter of degree is counterproductive.

2020 is the year to keep the focus on the real goal: dumping Trump.

The new year isn’t going to be all doom and gloom. Sure, politics will be overwhelming because of what’s at stake. But there will be some fun too.

The Summer Olympics is bound to highlight some new out athletes who will capture our imagination. The arts are guaranteed to deliver some joy. Just one example: the movie version of Lin-Manuel Miranda’s In the Heights, complete with a new lesbian plot, will hit screens during Pride Month.

And then there’s Pride Month itself—thirty days of celebration that no political dark clouds can ever dim.

Get Pete to wear a colored shirt.

Does Pete Buttigieg wear a white oxford shirt to bed? He certainly wears it virtually every place else. Just about every photo of the presidential candidate shows him in a white shirt, with no sports jacket.

We’d like to resolve to have Pete get a little more colorful. How about (gasp!) a blue shirt? Or maybe even a pattern, as long as it’s not argyle? We get that the white shirt with rolled-up sleeves shows that Pete is serious, but he doesn’t need a sartorial crutch to prove that point.

How about a little style? After all, he is the first major gay presidential candidate.

This is the easiest resolution of all.

And don’t forget about the Senate. A Democratic president won’t get much done if the GOP still calls the shots in the Senate.

With any luck, when 2021 rolls around, our resolutions will all be about getting back on the road to justice.