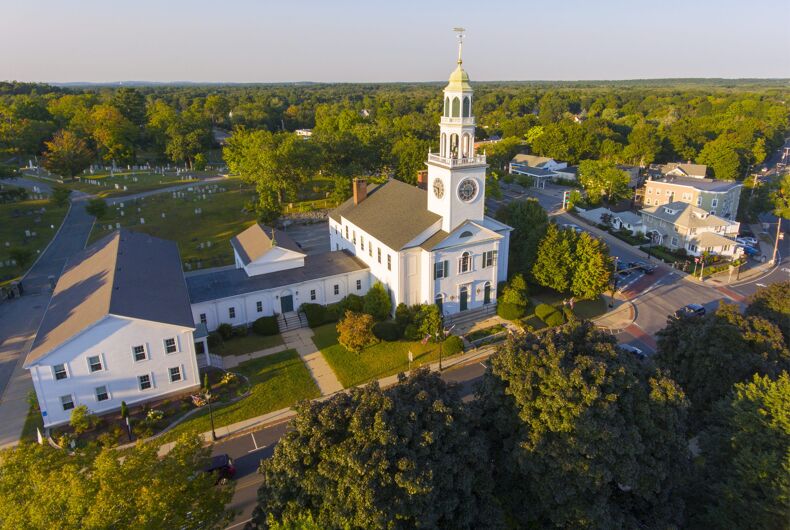 Before the United Methodist Church (UMC) announced a proposal to split the denomination over “fundamental differences” regarding theological beliefs on LGBTQ clergy and same-sex marriage, that Friday morning of January 3rd, I was on the phone with the Reverend Joel B. Guillemette.

Guillemette and I were finalizing plans for me to come out to preach and celebrate with the church its upcoming 15th anniversary as a Reconciling Congregation. In his letter inviting me he wrote the following:

“Given the proximity of this year’s observance to the next UMC General Conference vote re: LGBTQ legislation in May 2020, it is important to us to invite a preacher who will encourage us during a tumultuous time in our relationship with our global connection and, to be honest, in our congregation’s own internal connections.”

UMC Reconciling Congregations welcome people of all gender expressions and sexual orientations. Just minutes after our phone call ended, my smartphone flashed the news. The church was going to split over LGBTQ issues. I let out a long sigh of despair.

LGBTQ inclusion in the policy and practices of UMC has been a long contentious and exhausting battle – both nationally and globally. The proposed schism to be voted on in May at General Conference in Minneapolis will divide the nation’s third-largest denomination worldwide.

While the current UMC will allow LGBTQ marriages and clergy, the impending split will create a new “traditionalist Methodist” denomination, allowing outright discrimination and denunciation of LGBTQ people in the name of God.

“The best means to resolve our differences, allowing each part of the Church to remain true to its theological understanding while recognizing the dignity, equality, integrity, and respect of every person,” the proposal, Protocol of Reconciliation & Grace Through Separation stated.

Truth be told, the UMC has always been contradictory in its policies concerning LGBTQ worshippers. While it states that we have and are of the same sacred worth as heterosexuals and that it’s committed to the ministry of all people regardless of gender identities and sexual orientations, the church views queer sexualities as sinful.

The Book of Discipline states that sexuality is “God’s good gift to all persons” and that people are “fully human only when their sexuality is acknowledged and affirmed by themselves, the church and society.” However, this rule does not apply to LGBTQs.

Since the church’s conservative and liberal wings merged in 1968 to become the UMC, it has implemented stricter positions against us. In 1972, for example, UMC delegates inserted in The Book of Discipline that as a church body, “We do not condone the practice of homosexuality and consider this practice incompatible with Christian teaching.”

In the hopes of avoiding a schism, the Council of Bishops in 2018 recommended the One Church Plan that would grant individual ministers and regional church bodies the decision to ordain LGBTQs as clergy and to perform LGBTQ weddings. It was hoped that such a decision on a church-by-church and regional basis would reflect the diversity as well as affirm the different churches and cultures throughout the global body of UMC.

The One Church Plan, however, was one of three proposed plans by the UMC’s Commission on a Way Forward. The One Church Plan would have excised the offensive language targeted at LGBTQs from The Book of Discipline and replaced it with compassionate and up-to-date wording about human sexuality in support of its mission. It was voted down. The other plans were both exclusionary to LGBTQ parishioners.

Many UMC members will point a finger to its African churches as the sole reason for the new “traditionalist Methodist” denomination. However, the U.S. conservative wings – the Wesleyan Covenant Association and the Good News movement – had been preparing to leave before the traditionalists won by a narrow vote in 2019.

The schism in the UMC, sadly, mirrors today’s ongoing battle among religious conservatives. A movement for some time now has been afoot in state legislatures across the country to disenfranchise LGBTQ Americans. These bills called “religious freedom” laws are a backlash to the growing acceptance of same-sex marriage, and the Supreme Court decision that legalized it nationwide.

As a nation, we’re at crossroads on many issues. It’s a shame when a church cannot bring us together.