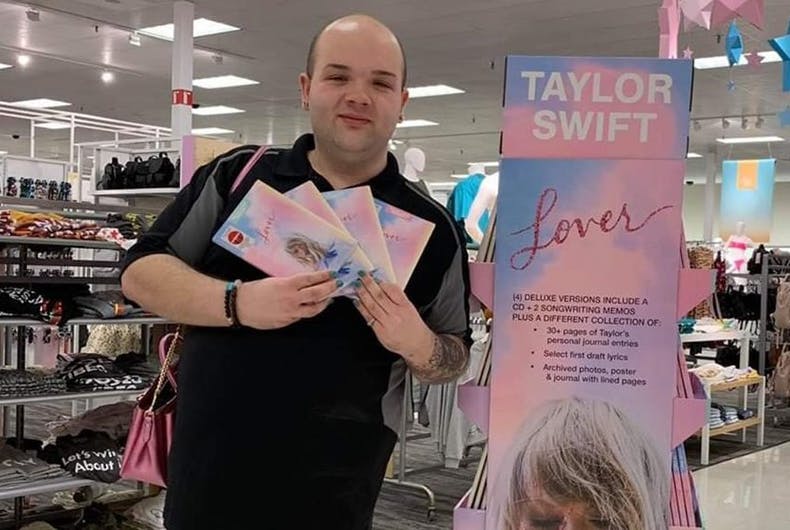 25-year-old Kevin Bacon was allegedly slaughtered by a deranged killer he met on Grindr and now gruesome details are being released by local police who found his body. Police have accused Mark Latunski, 50, of the crime.

Bacon’s body was found naked and hanging from the ceiling when police entered Latunski’s home. His corpse had been mutilated and parts of his body were eaten according to authorities.

Latunski confessed to killing Bacon by stabbing him in the back and slitting his throat. He told police that he hung the corpse from the rafters by a rope wrapped around the victim’s ankles. He also confessed to cutting off Bacon’s testicles and consuming them.

The cold-blooded killer claimed during his first hearing that he wasn’t Latunski, but instead said his name is Edgar Thomas Hill and that he is Latunski’s uncle. The judge ignored the mentally ill man’s claim since he had already identified himself to authorities.

Police had already responded to Latunski’s home once after a different man wearing only a leather kilt and covered in blood ran out of the house. The man didn’t want to press charges.

Latunski’s estranged husband, Jamie Arnold, said he left his spouse after Latunski showed disturbing signs of mental illness. He said he was unaware of Latunski’s history of “major depression, paranoid schizophrenia and traits of a personality disorder.”

“I had to get out of there. I knew it was a dangerous situation for me to be in,” Arnold told local media. “To my knowledge, I couldn’t force him to see a therapist or take medication.”

Bacon was a hairstylist and college student, coincidentally sharing a name with the 61 year-old infamous Footloose actor. He was also an avid fan of Jeffree Star, even having tattoos dedicated to the makeup mogul. Both Star and Bacon posted tributes to the young man after his death.

LGBTQ Methodists were stuck loving a church that didn’t love them back. Sound familiar?