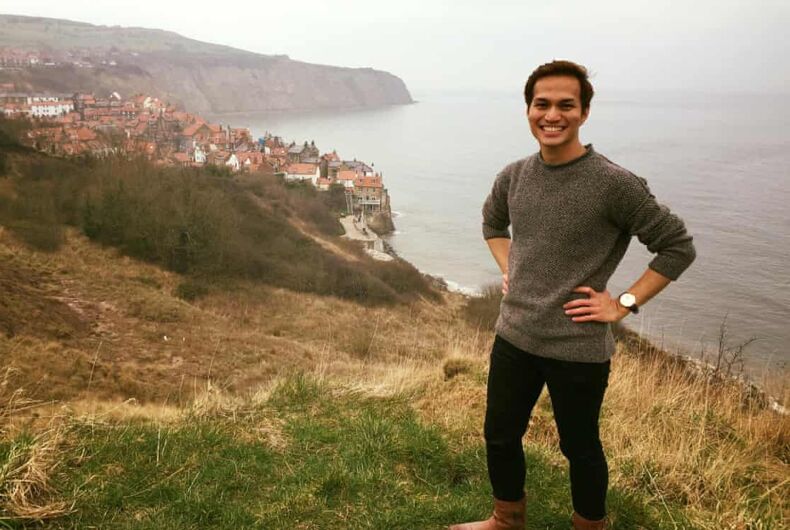 A 36-year-old man named Reynhard Sinaga has been called “Britain’s most prolific rapist” and sentenced to a minimum of 30 years in prison after being found guilty of raping or sexually assaulting at least 48 young men in Manchester, though its thought that he raped closer to 200 men.

The Indonesian-born student regularly lured drunk men from the bars near his flat with “good Samaritan” promises of more drinks and a couch to sleep on for the night. Once in his apartment, it’s believed that Sinaga would spike men’s drinks with a drug like gamma-hydroxybutyric acid (GHB) to knock them unconscious so he could then record himself raping them as they slept. He often took “trophies” like ID cards and other possessions from them as well.

Sinaga was caught on the morning of June 2, 2017 when his 18-year-old victim woke up to discover his jeans and underwear around his knees and Sinaga sexually assaulting him. He pushed Sinaga off of him and beat him so badly that he worried he might have killed him.

The teen called an ambulance to take Sinaga to the hospital, and police arrested the teen for beating Sinaga. When the Greater Manchester police began questioning Sinaga at the Manchester Royal Infirmary, they noticed his obsession with acquiring his phone. Sinaga repeatedly gave police an incorrect password to access the phone and tried to grab it from them.

Once police unlocked the phone, they found films of Sinaga raping lots of unconscious young men. Overall, it’s said that Sinaga filmed hundreds of his rapes and he may have raped well over 200 men — 70 of his victims still haven’t been identified.

U.K. courts issued a media blackout on Sinaga’s case for the last two years as not to bias any potential jury members. During the trial, it was revealed that he boasted on a WhatsApp group about his “secret poison” which he used to make straight men “fall in love” with him.

Sinaga defended himself in court, saying that his victims had all consensually agreed to be part of his fetish where they “pretended” to sleep while he had sex with them. Judge Suzanne Goddard QC called his defense “ludicrous” as many of his victims self-identified as heterosexual. Some of his victims vomited from the drug’s effects upon waking.

Sinaga rarely wore a condom during his attacks though he was found to be HIV- and STI-negative when tested in custody.

Sinaga had already faced three earlier trials in which he was sentenced to 88 concurrent life sentences with a 20-year minimum sentence for attacking 25 victims. His third and fourth trials identified 23 additional victims.

Julian Castro endorsed Elizabeth Warren in the presidential primary race. Will anyone care?